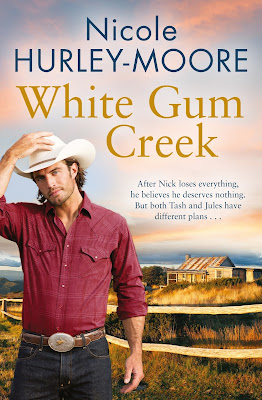 On 24th–26th February 2017 the Australian Romance Readers Association (ARRA) will be hosting their 5th convention in Melbourne.

The convention is an international event and will feature award-winning authors Kylie Scott, Courtney Milan and Kristen Callihan as keynote speakers. Panel members will include numerous bestselling Australian romance authors.

I’m very excited to be part of this and will be sitting on a panel discussing the rise of Rural Romance on the Sunday.  So if you’re in Melbourne on the 24th – 26th of this month why not drop in and check it out.

Here’s a link to more info on the Australian Romance Readers Association site.

Hope to see you there! 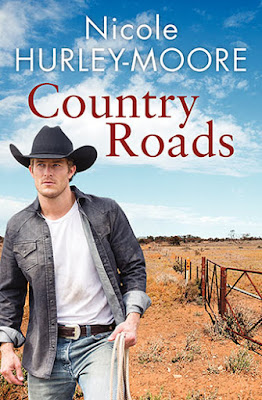 Yes, I know it’s been absolutely ages since the last post – sorry. L

The news is that my latest rural novel, Country Roads has been released.

Since her father was in a terrible accident, Rebecca Duprey has been holding the family sheep station, Bluestone Ridge, together. And not only is her cheating ex hanging around, but her new neighbour keeps getting in her way. Former advertising exec and now novelist, Matt Harvey, has bought a small farm nearby hoping for time to come to terms with the death of his fiancé and work on his next book.

Bec isn't sure when she started feeling attracted to Matt, but she's determined not to succumb to his charms. And Matt isn't sure when Bec began invading his thoughts, but he can't get her out of his mind. Can Bec and Matt overcome their fear of loss and betrayal to find love and happiness with each other . . .?

Posted by Nicole Hurley-Moore at 2:06 pm No comments: 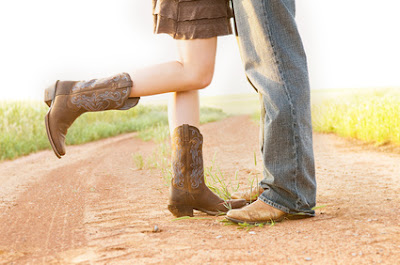 
My third rural romance, Dirt Roads is officially on the way. It’s been contracted by Allen & Unwin – YAY!!!
When driving out in the country, ever wondered where those old dirt roads might lead? They veer off into the hidden gullies, run through creeks and weave through the bush. They entice you to follow and you're never really sure where they will take you.
And for Matt Harvey, they could lead to a whole new life.


For my latest book, we’re moving away from Violet Falls and exploring the tiny town of White Gum Creek. The town is in the middle of the Victorian Central Highlands and nestled in old gold country.
Dirt Roads is a story about a woman who shoulders the responsibility of her family’s farm and a man who is desperate need of a fresh start.


It’ll be out next year, so stay tuned for the date. J


Dirt roads can take you off the beaten track but somehow they’ll always lead you home.


Matt Harvey wants to put tragedy behind him, and White Gum Creek looks like just the place for a fresh start. All he wants is a little peace and time to work on his next novel. Problem is he keeps getting on the wrong side of his prickly neighbour Bec Duprey.


Rebecca Duprey is trying to hold her family farm, Bluestone Ridge together. It’s been difficult since her father’s accident. The daily running of the farm falls squarely on her shoulders. She works from dawn to dusk and hasn’t got time for a life, let alone the new neighbour that keeps getting in her way.


I’m so excited to be able to share Matt and Bec’s story with you all. Hope you like it J


Thanks for stopping by,

Image - Fotolia
Posted by Nicole Hurley-Moore at 7:38 pm No comments: 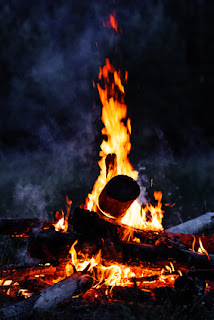 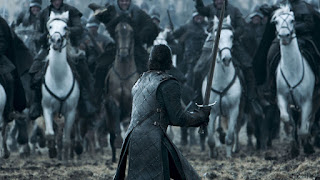 I'm very excited and I hope to see you there!

Posted by Nicole Hurley-Moore at 10:36 am No comments: 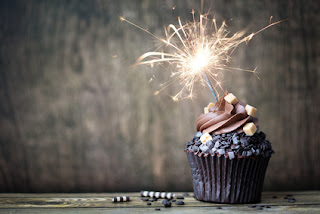 
My first rural romance, McKellan’s Run has turned one. Yep, it’s been out in the big wide world for a year. I have no idea where that time went.


McKellan’s Run is set in the fictional town of Violet Falls. The town is in Central Victoria and in the middle of old gold country. It’s a story about learning to live with past mistakes and taking chances.

Years ago, Violet Beckett made the mistake of falling for the wrong MacKellan brother and both she and her younger sister, Lily, paid the price. Now eight years later, fate has brought Violet and her daughter, Holly, back to the house Violet grew up in...As soon as Violet runs into Mac MacKellan, she wonders if she should run all the way back to the city. But something about the look in his eyes makes her want to linger. Can she trust him, can she trust herself or will she be burned again?


Mac has had a soft spot for Violet Beckett for longer than he can remember. It almost killed him to watch his brother woo her, use her and finally lose her. From their very first encounter he's hooked. But how can he convince her that not all MacKellans are the same?

The surprise this morning was the arrival of an advance copy in the new B-format. So from June you can choose between ‘Big Mac’ or  ‘Little Mac’. I really love the smaller format book – it’s so cute. J 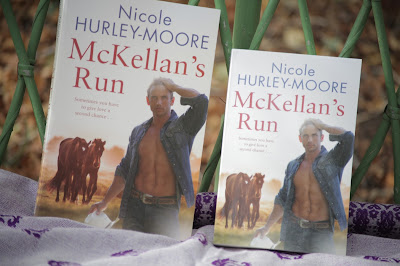 Here are the links to Amazon


Not sure how long it will last but at the time I wrote this post McKellan’s Run (ebook) was on sale through Amazon. J

I keep getting questions from readers wondering who the next pairing in Violet Falls should be. I’m open for suggestions and I’d love to hear from you.  I’m thinking that the town’s favourite princess, Charlotte Somerville  needs a story – what do you think?


In the meantime I’m hitting the keyboard and working on my current project about the tiny town of White Gum Creek.


Thanks for dropping by.

Nicóle  xx
Posted by Nicole Hurley-Moore at 1:46 pm No comments: