Hi everyone,
Today I thought I would talk about courage and what that entails. When I was younger I always saw courage in the heroic deeds of Homeric heroes, Greek myth, Viking sagas or Arthurian legend. Good vanquishing evil - usually with broadswords. I still love it but now I realize that courage encompasses so much more. 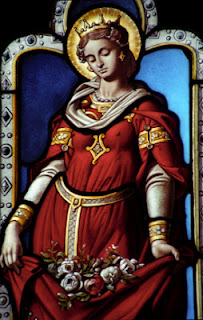 When I was a bright young thing and started reading romances I found that many of the heroines lacked gumption. Yes,we all grew up with fairytales wherein the prince always rescues the damsel in distress. Many of the novels of that time continued this message. In other words you needed a hero not just to rescue you but to complete you. Our girls would stand by looking frail and scared whilst the heroes would battle the evil bad guy. Never thinking to pick up the sword, dagger or gun which lay mere inches from them. Thank goodness thing have changed. Now we have heroines that kick butt, both physically and emotionally.
However I have come to appreciate that courage can mean a great number of things - from the standing up and fighting for what is good even when those around you are firmly glued to their seats, to finding an inner strength to face a disease or situation that threatens your life, protect those you love, whatever the cost or metaphorically picking up the broadsword and swinging into the fray. As readers and writers, we do not want to return to the bad old days when women were portrayed as being passive in both action and thought. (Reminiscent of Boccaccio, Petrarch and Chaucer's 'The Tale of Patient Griselda').  We want our heroines to stand on their own two feet, have a backbone and face adversary head on and not be whiney inactive shades whilst the story swirls about them. These are the qualities we wish to pass onto the next generation of readers. Not the awful message that a heroine should be inactive, passive and wait for the hero to act. I have read a couple of books within a series that will remain nameless where the heroine is once again seen as the helpless princess who is unable to save herself. She has become the silent and trapped medieval Griselda who is at the mercy of a damaged man. Is this truly the message we want to send the next generation?

Nicole  xx
Posted by Nicole Hurley-Moore at 12:33 pm No comments:

Hi Everyone,
Please welcome the lovely Jasmine Aherne, who is a multi published author and lives in the very beautiful city of Cardiff, UK. She is studying for a Masters Degree in Novel and Poetry Crafting. Today we are talking about her paranormal novel 'Outfoxed' and perfect romantic moments. Yes, Jasmine has just experienced a perfect romantic moment - but I shall let her explain!
Her brand new novel 'Well Traveled' has just been released by Pink Petal Books.

What type of romance do you write?
Contemporary and paranormal romance. The modern and the magical.


What was the first thing you had published?
The first thing? Now you're asking. I think it was, rather embarrassingly, a fantasy story I wrote about a boy and idol for a teen magazine. I was about 14. I won the competition and it got published. I was so chuffed.


If you weren’t a writer what would you be?
I'd like to think I would be a palaeontologist. I just love dinosaurs. I love to imagine what life was like before humans set foot on the Earth and beasts reigned.


How do you overcome writer’s block?
I go to the movies. I LOVE films. I especially love trailers. If ever there was a challenge, it's trying to cram a story into approximately two minutes of film footage and make it appealing.


Most romantic moment you’ve ever had?
Recently, when my (now) fiancé proposed. He'd iced a cake with "Will You Marry Me" and got down on one knee with a pink sapphire and diamond ring. An intimate, understated and perfect proposal. 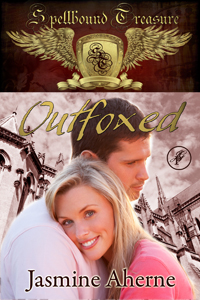 Blurb for Outfoxed
Meet Colin. A zoologist. Dedicated to his work. Crap at meeting women. He’d like to meet the girl of his dreams, but he never imagines she’ll be hidden in … a statue?
Rhoswen longs to bond with Colin and be part of his human world. She’s wanted him for so long, and that fact he thinks she’s a fake hurts. So she sets out to prove to him that just because he can’t see or touch love, it’s a force to be reckoned with all the same…

Extract for Outfoxed
“What are you looking for?” Rhoswen asked Colin after a few minutes. “The machine is very clever. This picture is what I look like inside, is that right?”
“Yes.” Her presence beside him, her strawberry scent, distracted him, and he wanted to give into the urge to touch and kiss her. “I’m trying to see how you’re different from a human. How you can shift into animal form.”
Her brows furrowed. “Do you want to learn to do it yourself?”
“No, of course not. I just.... I want to understand. Rhoswen, if you saw someone else... doing magic in the Faewild, wouldn’t you want to understand how they did it?”
She looked at him for a long time. Then she took the MRI scan and put it aside on the desk. “Colin, is a magic trick not more magical because it is not understood? If an old man pulls a rabbit out of a hat for a child, what is gained by showing the child the hat’s false bottom? The trick is no longer so special.”
“I know what you’re saying, but....” He closed his eyes, frustrated. “I love science, and science is about learning and understanding how things work. And using that gained knowledge to help others.”
She touched his face. “You said before that you want me. Do you understand how that works?”
He nodded. “Of course. Chemical reactions. Pheromones. Chemicals in the body,” he amended when she looked at him askance.
“But that one word doesn’t explain everything you feel,” she countered. “How can it? Sometimes words are not enough. I cannot explain why my heart soared when I first saw you. I cannot explain why I want you with my heart and soul, but I do. Is that not another kind of magic?” She stroked her hand over his cheek. “It seems to me, and forgive me if this is wrong, but it seems that you are looking for reasons to delay deciding if we can be together.”
Her words made his heart jump, and he leaned forward, resting his forehead against hers. “I’ve never made a decision as big as this in my life, Rhoswen. I don’t know how to start.”
“You mentioned taking me out to dinner – is that what you called it? We could start there.”
Colin stood and left the office with her, marvelling at this Fae woman and her wisdom, patience and kindness.
If I let her go, I’m a fool.
He wouldn’t, he promised himself. He just needed more time to appreciate the gravity of spending his life with her, as delicious as that prospect was.
Colin chose a restaurant in an entertainment plaza near the canal. He figured that Rhoswen probably hadn’t tried Indian food before. She drew admiring glances as they were seated from the other diners. She’s with me. His earlier thoughts were right. He’d be stupid to let her slip through his fingers just because he was waiting for a revelation.
But you’re still waiting. He could leave the restaurant with her now, take her to bed and claim her. Nothing’s stopping you. But it didn’t feel quite right.
He remembered something his mother had said a long time ago. Colin had been thinking about asking a girl at his University out on a date, but was biding his time waiting for the right moment.
“Don’t wait,” his mother had advised him. “There will never be a time as perfect as right now.”
He’d waited. And the next week, she’d been asked out by someone else in his class.
Colin had cursed himself then. And you didn’t learn, did you? You’re waiting now.
But dating someone was so very different to essentially marrying them. Promising to love them for their whole lives.
But aren’t you already starting to love her? A little voice inside his head asked. 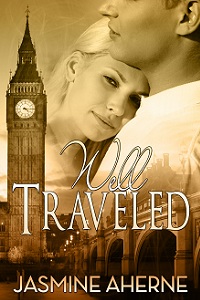 Posted by Nicole Hurley-Moore at 11:49 am No comments: