Although many would disagree, I find the Middle Ages not only incredibly interesting but filled with beauty. It has been called in the past ‘nasty, brutish and short’ – and in many cases it was. If we were to merely focus upon the negatives, then yes, the medieval period could be described that way. Yes, yes, I hear you say … what about disease, the Black Death, wars, poverty, the three estates (all with their own problems). But can we define a period only by the bad and evil things that happen within it? If that is the case, then surely the far future could easily see this period - our period as one of war, violence and intolerance for race, religion and sexuality. If all we focus on is the negative then we miss out on an immense amount of beauty.
This is how I feel about the Middle Ages; no dispute – bad and awful things happened, from the Hundred Year War to the plague to conquest to religious persecution. But there was also great beauty.
From the end of the Dark Ages through to the Medieval period there was a flourishing of art, the written word, architecture, knowledge (the sciences), democracy and the beginnings of not only chivalry but also courtly love. In many ways our medieval brothers and sisters were also more aware of their natural surroundings – there was a bond, a tie to the land. But what of the negatives! I hear you shout – what of Piers Plowman and the serfs who had to work their lord’s land and then the Church’s before their own? What I mean is that they were more attuned to the natural world, the turning of seasons, the harvest, the on coming rain and the silence.
When I was taught history as a child, we learnt to recite dates and places and names. Figures of the past were presented as misty two dimensional beings.  We were told that they didn’t think like we did, or feel. And although a few were exceptional and brilliant - the majority were superstitious, simple folk. I believe, although I could be wrong that this sentiment was left over from dusty 19th century historians. The writing of the time showed a full gambit of human emotion – love, lust, happiness, anger, vengeance, hate, envy, humour and scorn. Are these not the same emotions that are still with us today?
All I can say is that the more I read and study – the more vivid it becomes. So maybe I romanticize the period a little more than I should, just as the Romantic poets and the Pre Raphaelites once did. But still I would rather be guilty of that than to see the entire period as “nasty, brutish and short”. 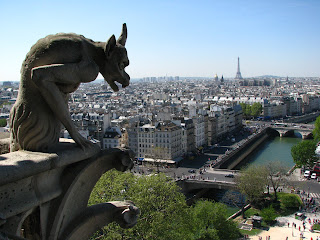 Oh, and another great thing about the Medieval Period was the gargoyles - let’s not forget gargoyles …I love them!
Nicole
Posted by Nicole Hurley-Moore at 2:02 pm No comments:

Hi everyone, I had a little vistit with my fellow Pink Petal Books author - the lovely Karenna Colcroft.
Thanks so much Karenna for inviting me!


Nicole
Posted by Nicole Hurley-Moore at 8:19 am No comments:

Come on over and check it out.


Posted by Nicole Hurley-Moore at 9:42 am No comments:

To save her sister, Lady Blissot de Woodville exchanges places and marries a handsome stranger. But lies born from love have the power to destroy... 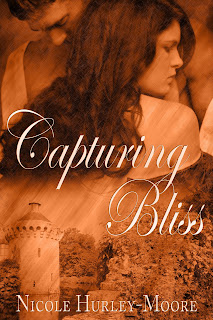 Posted by Nicole Hurley-Moore at 9:10 pm No comments: