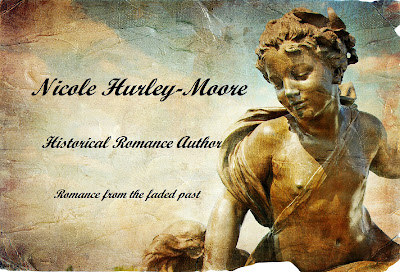 
So as you can see I’ve been playing around with a new image for the website. What do you think?

Also, I’ve finally broken the back of my latest story. Midnight’s Masque is a romance which is set in the Victorian era. I have about a chapter and a half to write. I love the storyline and the images it conjures in my head but the last couple of chapters have been an uphill struggle. Why? Because I’m a bad, evil woman who shook up her normal writing pattern and for a moment it all went sideways.


It always starts with an idea or a scene. Once I think on it a bit and it solidifies, I write down a storyline.


I’m a plotter, maybe not down to every tiny detail but I generally get the chapters and scenes scribbled down before I start writing. I like to have a backbone of a story to follow. And yes, sometimes things change and grow but I always find a plotted story is a comfort.


...Except this time! This time I wrote everything out of sequence and for a couple of days I got in a muddle. I had the opening (thanks to Anne Gracie & the Writing Romance 2013 class for their suggestions), the first meeting, first kiss and first sex scene. I had even written the dark moment, the final confrontation and the end. As I sat back, I was happy with all the individual scenes but I realised that the story still needed to be linked up and smoothed out.


Normally, because I write from start to finish there is a fluid motion which runs not only between scenes but through the story. But not this one and I have found that a little challenging.


However, it’s taken longer than I thought, but I can see the light at the end of the tunnel.


I really love this story. It is a little different to what I usually write but as soon as I had the image of a masquerade ball swirling in my head, I knew I had to.


Here’s a bit of a blurb just to give you a general idea.


Sophia’s life is a lie. With a sham marriage and the need to produce an heir, Sophia uses a masquerade to find a mate. She wants a night of passion, anonymity with no ties but Lord Mathias Eldridge spins her senses and makes her wish for the impossible – love.


So, back to writing I go and hopefully soon I’ll be able to write ‘The End’.
Thanks for dropping by.
Posted by Nicole Hurley-Moore at 8:38 pm