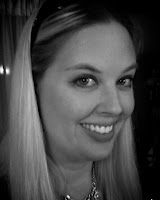 
For those of you who love paranormal romances (especially the shifting kind), you are in for a treat. Today we have the lovely Krystal Shannan joining us. Krystal is a paranormal romance author, who lives in Texas with her family. She’s dropping in today to give us a little peek at her new release – Saving Margaret.


Saving Margaret is the second book in her Vegas Mates Series. The first instalment is Chasing Sam.


Successful, but lonely, Margaret Taylor finds her mate in the body of a man she least expects it in. A bear! Her human half tries to reason her way out of the match, but her wolf is through with her excuses. Crossing the species line isn’t unheard of, but it’s not often done.

Try as she might to avoid him, fate makes sure the big grizzly bear is nearby at all times. But, will his presence be enough to protect her from the evil stalking her?

The power of the magick between them can’t be avoided. But, Scott O’Hearn thinks the beautiful Taylor wolf is doing a fine job of just that —avoiding him. He can’t help he’s a bear shifter and he’s determined to convince her it doesn’t matter. She is his mate and he’s waited over a century to find her.

Will he convince Margaret she’s his true match before it’s too late?

Hallie shook her arm free. “Why are we hiding in the bathroom from a hot guy? Granted, he’s a bear. But, still a really hot guy.”


“Yes, Margaret,” Maggie started, her brow raised suspiciously. “Why are we hiding from Scott?”


“Oh, hot guy has a name?” Hallie started walking to the door.


Hallie shrugged and pulled open the door just a hair.


“Please tell her I need to speak with her.” His deep bass voice rumbled through the thin opening, making Margaret’s whole body shiver.


Her lady parts were contemplating the horizontal mambo while the rest of her was nearing panic level. What the hell is wrong with me?


The door shut and Hallie pulled her phone out of her purse. Her fingers practically flew on the screen.


“Margaret, what is going on? Why don’t you want to talk to Scott?” Maggie leaned against the vanity countertop and crossed her arms over her chest.

Hope you enjoyed the snippet of Saving Margaret. Thanks to Krystal for sharing it with us.


Krystal’s books are available from Amazon, Smashwords and ARe. If you would like to find out more about Krystal all her links are listed below. 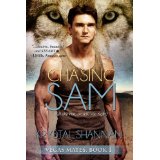 
Twitter | GoodReads | Amazon
Posted by Nicole Hurley-Moore at 9:51 am 2 comments:

I have signed a contract with Escape Publishing (Harlequin Australia)!!! It's for my Victorian period romance , Dancing on Air, which is set in the world of ballet. I’m so excited and haven’t stopped doing the Snoopy dance since I heard.


Dancing on Air will be released later this year (November).


I can’t wait to share Lisette's and Evander’s story with you all.


A Victorian ballerina yearns for freedom, security and love. Three men offer her aspects of what she desires, but only one holds her heart. Lord Evander Gainswith has a colourful past – he has never fallen in love before. He wants a mistress. However, just like in the ballet, Lisette wants a fairytale ending – she wants marriage. But the sinister Lord De Vale, who is confidante and paramour to Lisette’s Aunt and guardian, covets her. To survive Lisette discovers she needs more than a lover – she may need a saviour. 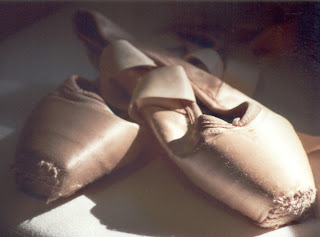 So why am I writing about a theatre? I suppose it stems from my childhood. My mother was a dancer and some of my earliest memories are of The Princess Theatre in Melbourne (Australia). It was built in 1886 and is a beautiful example of a Victorian period theatre. As a child I remember backstage being like a rabbit warren; it was cool, dark, scary and magical at the same time. The decorations were beautiful and sumptuous and it felt as if I had entered an enchanted world. These images have always been in the back of my mind, so I’ve taken them and woven a tale. Here's a picture of  The Princess Theatre - Melbourne. 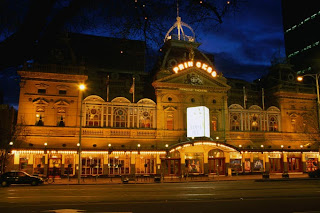 Thanks for stopping by,
Nicóle   xx
www.nicolehurley-moore.com
Images - Escape Publishing, Stock.xchng, Public domain.
Posted by Nicole Hurley-Moore at 10:03 am No comments: 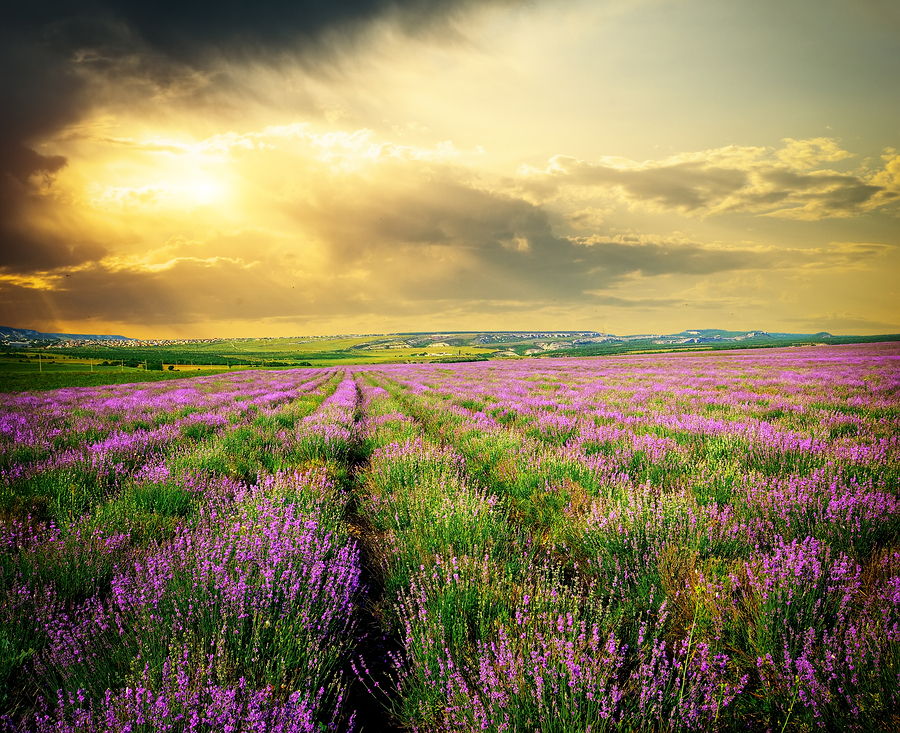 Hi everyone,
Sorry I missed a post. Life has been hectic here and things just fell through the cracks.
Today I'm using my new tablet to write this blog - hopefully nothing will implode. I haven't used a tablet before (this is a Surface RT) so it could get interesting.

I went to Anne Gracie's writing workshop and it was fab. I came away enthused and couldn't wait to dive back into my new story. I wanted to rewrite a couple of sections and apply a couple of things I had just learnt. But life decided otherwise. I've been running around and just haven't been able to apply myself. Of course, there's a bit of procrastination added in there as well.

And of course now I have a new toy to play with... hmmmm.

Can't wait for the next writing class... maybe I'll get my act together by then!


Posted by Nicole Hurley-Moore at 2:38 pm No comments: 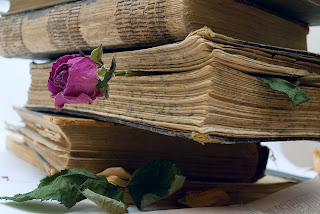 This Sunday I'm off to Melbourne to attend Anne Gracie's Writing Romance Workshop.

Apparently, we will be exploring conflict within a novel and characterization. I'm terribly excited as this will be the first workshop I have ever attended.


Anne Gracie is an award winning, best selling Historical Romance author. You can find out about her books from her website -  www.annegracie.com
And just as an aside I have to say - I loved her 'Devil Riders' series!


I'll let you know how it goes. 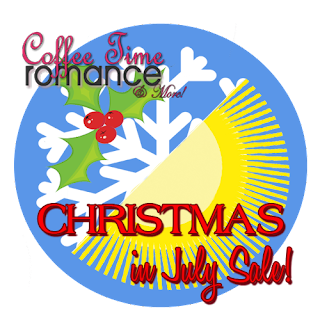 
I have another little snippet of information. Coffee Time Romance & More is having a Christmas in July Sale on all their ebooks (yes, including mine!).


So, I hope you take advantage of the sale and grab a bargain.


My books are listed here :

In 12th-century England, love isn’t part of the marriage equation. But Lady Blissot de Woodville adores her younger sister too much to see her suffer such a fate. Instead, Bliss recklessly switches places with her sister—and marries a total stranger under false pretenses! Fortunately, she soon discovers she shares a rare passion and genuine love with her new husband, the ardent Lord William Reynard. Yet the happier Bliss becomes, the more her secret weighs heavily on her heart…because one desperate lie could destroy everything she’s come to cherish.


Lord Barric Cranley wants Lady Ellette for his wife but she has already refused once. He knows that Ellette loves him… it’s just she hasn’t realized it yet. With a little help, cunning and the Feast of Misrule, Barric plans to capture his bride and make it a Christmas she’ll never forget.

Until the Stars Burn Cold :


Forbidden love. In ancient Persia, in the town of Adwan, Jinn is ripped from his beloved Shuri’s side. Jinn is cursed into a ring as punishment for daring to love the wrong woman. Empires crumble, centuries pass and Jinn is still captive. That is until present day antiques dealer, Mia Templeton accidentally releases him.

Lost in the forest, Emelin runs for her life after her traveling party is massacred by outlaws. Sir Allard de Gerril is in pursuit of the ruthless Archer and his band when he finds Emelin. Bound by vengeance the pair seek out Archer, but as they journey through the dark woods revenge gives way to passion. With each passing day, Emelin dares to dream that there is a place for a lowly trinket seller’s daughter by the knight’s side. Yet as Archer begins to hunt the couple, Emelin fears that she and Allard will not have a future together as they may never escape the tangled wood alive.

Posted by Nicole Hurley-Moore at 12:02 am No comments: