Here’s another round up of Bewitching Blurbs – enjoy!

As always Bewitching Blurbs encompasses all romance sub genres and heat levels. So basically a little bit of something for everyone. J 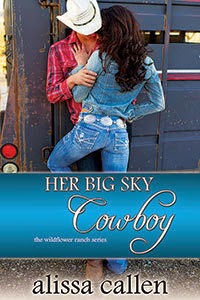 Speech therapist, Trinity Redfern, knows her perfect match is out there somewhere. When she finds him he’ll be articulate, well-dressed and most of all he will let her call the shots.

Reclusive rancher, Zane Nash, has heeded life’s lessons. Never trust anyone, especially a woman. But when he becomes an instant father to five-year-old Finn, he must trust the sassy speech therapist who takes over his ranch for the summer. Trinity is Finn’s last hope to learn to speak again.

But when the summer ends has time run out not only for Finn but also for Zane? Can the reserved cowboy find the words to make strong-willed Trinity stay … forever.


This is the third book in the Wildflower Ranch Series.

And now for a steamy offering from the fab Eden Summers – 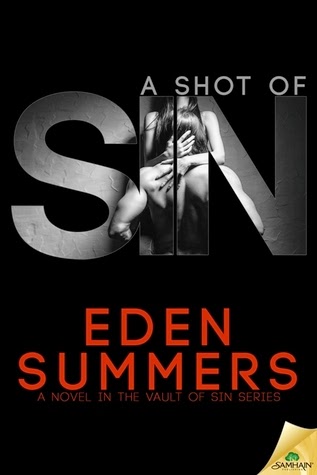 A Shot of Sin


Throw back a shot of pure pleasure.

Leo Petrova is between a rock and the hard place in his pants. Shot of Sin, the night club he owns with his two best friends, is short one bartender downstairs. The only available replacement is the upstairs bar manager—the one woman Leo knows he can’t take downstairs, can’t have, can’t touch. The one time he gave in to temptation convinced Leo that Shay’s no match for his sexual demands.

Only a select few know Shot of Sin’s guilty secret, that beneath the packed dance floor lies a very private sex club—the Vault. The place Leo can let his sexual proclivities run wild.

Shay Porter is curious as to why her boss, the king of mixed messages, seems almost desperate to keep her from discovering what’s on the other side of the guarded door at the back of the club.

Sliding out of her comfort zone and into Leo’s arms risks everything. Their friendship, the Vault, and most of all, their hearts.


Warning: This sex club does not carry the government’s stamp of approval. Contains devilish debauchery, delightful deviance, and dancing on the edge of the darkest of sexual desires. 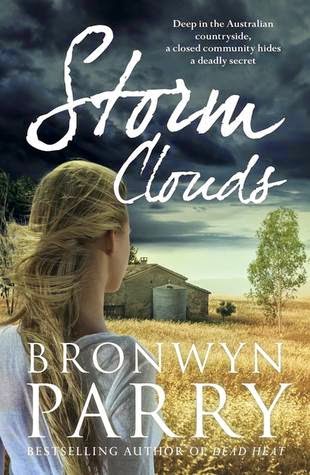 Storm Clouds
By Bronwyn Parry
National Parks ranger Erin Taylor loves her job, is falling for her colleague, Simon, and is finally leaving her past behind . . .

Until a woman is murdered. But the victim is not just any woman – she’s Simon’s wife, Hayley. The wife he’s never mentioned. The wife he’s not seen in fourteen years. On the edge of the national park the alternative lifestyle ‘Community of Bliss’ denies knowledge of Hayley, but Simon and Erin suspect otherwise. Erin will have to draw on all her old skills – deception, lying, cheating – to gain the trust of its members and discover their secrets.

As Simon uncovers shocking details about the reclusive group, Erin is drawn further into their midst and finds a web of lies, decades old – and comes face-to-face with the charismatic, manipulative, dangerous leader who will let nothing and no-one stand in his way. On the wrong side of a river in flood that has become a lethal torrent, Erin and Simon must race to expose the truth and prevent a tragedy . . .
http://www.amazon.com/Storm-Clouds-Bronwyn-Parry-ebook/dp/B00NA8HTU8/ref=sr_1_1?ie=UTF8&qid=1421107733&sr=8-1&keywords=storm+clouds+bronwyn+parry 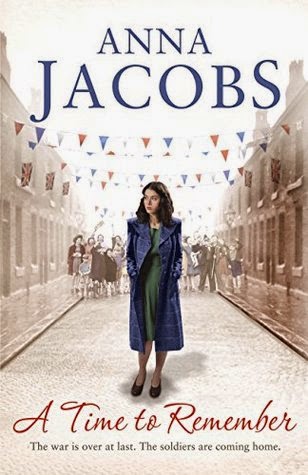 A Time to Remember – Rivenshaw Book 1
By Anna Jacobs
1945 - the war in Europe is over. Most women can't wait for their men to return, but in the small town of Rivenshaw in Lancashire, Judith Crossley fears having her husband back in the house. He'd grown into a bully and a drunkard, and on the occasions he'd come home from leave, he'd hit her.

He wasn't a good father either - when their eldest daughter Kitty won a prestigious scholarship to the private girls' grammar school, Doug had tried to stop her going, saying it would turn her into a snob. Luckily Judith had help from an unlikely ally - Maynard Esher, from an old aristocratic family on the other side of town - but Judith knows that when her husband returns, she'll be blamed for letting Kitty take up her school place. She decides that for the children's sake, she must leave her husband. But with the house rented in his name, and other accommodation scarce, where on earth can they go?

Helen Bretherton is returning from being a Land Girl in Wiltshire. Her great-aunt has left her a house bordering the park in Rivenshaw, but it was partly bombed and is in a poor condition. Still, she decides to camp out in it, if it's at all habitable, because she has nowhere else to go. However, when she arrives, she finds a displaced Polish man is already living there . . .
http://www.amazon.com/Time-Remember-Rivenshaw-Book-ebook/dp/B00L845RNW/ref=sr_1_4?s=books&ie=UTF8&qid=1421108038&sr=1-4&keywords=a+time+to+remember
Thanks for stopping by.
Nicóle xx

Posted by Nicole Hurley-Moore at 11:34 am