Here’s another Bewitching Blurbs and there are some fabulous titles this week!  I was unable to resist and added more titles to my TBR (To Be Read) pile.


Bewitching Blurbs encompasses the wide range of Romantic sub genres and heat level. If you have a new release out this month, feel free to add it to the comments section below. Just leave your name, title, buy link and blurb. 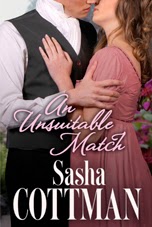 An Unsuitable Match
By Sasha Cottman

Once engaged to the future Duke of Strathmore, the beautiful Lady Clarice Langham now finds herself in the humiliating position of celebrating his marriage – to another woman.  As a result of the scandal, it seems her reign as London's most eligible debutante has come to an end.  But things begin to look up when handsome and charming rake David Radley makes it clear that, at least as far as he's concerned, she's still the catch of the season.

The eldest son of the Duke of Strathmore, David Radley has been raised alongside his father's legitimate children.  But while he is generally received as part of the family, not everyone thinks he should be, and especially not Clarice's father, the Earl of Langham, who forbids her from having anything to do with him.

David's been in love with Clarice for years, and it isn't long before the attraction between them develops into something deeper. Yet he senses Clarice is hiding something and until she reveals her secret, she won't be free to follow her heart. Despite everything, David will not give up on Clarice, not even when another seems set to claim her… 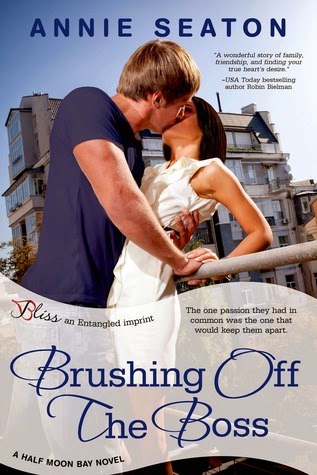 Brushing Off the Boss
By Annie Seaton


The one passion they had in common was the one that would keep them apart.

Artist Sienna Sacchi is about to have everything she’s ever dreamed of, when sexy playboy Jack Montgomery comes strolling back into her life as the owner of her gallery. Her plan to buy it herself ruined, she refuses to let him interfere with the most important thing—her debut exhibition. But Jack’s not just taking over her workplace, he’s also intruding on her art studio, her home, and maybe even her heart.

Jack Montgomery has few rules for his carefree life, but never mixing business with pleasure is one he is determined to keep. He’d planned on finally satisfying the tension between him and Sienna, but discovering he’s her boss puts an immediate end to that. Unfortunately, being forced to share a tiny apartment with the gorgeous, tempting sculptor is pushing Jack to his limits. One brush with desire could ruin everything they’ve worked for.