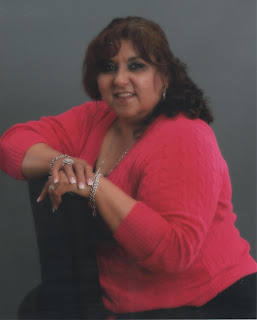 I would like to welcome the fabulous P.T. Macias. Patricia has dropped in today to talk about her exciting De La Cruz family saga. Hot & Spicy is available, Hot & Forbidden is released this month and Hot & Enchanting is coming in December. Is it getting warm in here? Those are certainly hot and steamy titles! Patricia lives with her family in Sacramento and writes romantic thrillers.
Thanks Patricia for stopping by for a chat. Would you like to tell us a little bit about yourself?


My name is Patricia T. Macias. I was born in San Jose, California. I graduated from the University of Phoenix with a dual Bachelor of Science degree in Business Management/Administration. I currently live in Sacramento, California with my husband and children. My family is my pride and joy. I also enjoy spending quality time with family and friends.
I always dreamed of writing romance novels. I am delighted to be achieving my dream. I wanted to write since I was in elementary. I loved reading about the romance, the heroes, and lovely ladies.
I do have a day job. I love to write after work and on weekends.  All my characters are my new best friends.  I love writing about my new friends' issues and love life. They're always talking and living in my mind and dreams.
Where are you from & why do you love it?


I started brainstorming and organizing it into outlines. I developed each character’s personalities, interests, and personal love story. I kept on track and was able to create cohesive plots by using a calendar as a timeline.  I want to write feasible and believable stories that evolve around events that are transpiring in each cousin’s life in the same period of time.
If you weren’t a writer what would you be?
The bachelor battles the deadly Mexican cartel to protect his amor and family encountering romance, tantalizing ecstasy, and danger.
Jose Enrique De La Cruz, CEO of the De La Cruz, Inc. needs a fiancée in time for the company’s 25th anniversary celebration. La familia is anxious to meet his fiancée, but he doesn’t have one!
His hermana (sister) Patricia agreed to obtain una novia for him. Paty enticed her amiga (friend) to pretend to be his loving fiancée. Jessica Maria Cortez agreed to be his fiancée for two reasons: one, she has always loved him and prays she can make him love her and two, this is a great opportunity to achieve her dream of working as an interior decorator design manager.
In no time at all, Jose Enrique and Jessica find themselves budding up into a relationship with tantalizing ecstasy. With everything falling into place for the De La Cruz’s, it looks like the entire family is about to plunge into an ocean of nightmare and chaos before they can say “Cheers!” for the De La Cruz, Inc. 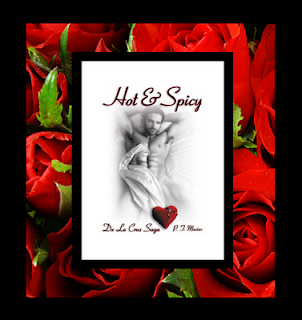 Hot & Forbidden is heartbreaking, tantalizing and exciting.  Nicolas De La Cruz and Daniella De La Cruz fall in love. Their love rocks their world flinging them into pain, despair, and ecstasy.
Nicolas is hot, sensitive, and captivating. Nick’s amor for Daniella is intense and passionate. Daniella De La Cruz is hot, sexy and sweet. Nick and Daniella recognize that they are alma gemelas (soul mates).
Nicolas De La Cruz leaves la familia to work in Washington. The close knit familia has no clue to the cause of the emotional rollercoaster that rocks Nicolas’ world. La familia is mystified and disturbed with his departure.
Daniella De La Cruz is expecting a bebe. She refuses to tell la familia who is the padre (father) of her bebe. Daniella dreams of the day she is reunited with her bebe’s father, her alma gemela.
Their love rocks their world. The forbidden is enticing and painful. Can they overcome the obstacles that threaten their amor? The familia’s secret is the key to unlock their love and set it free. Available Oct. 2012

Hot & Enchanting
Ricardo Emmanuel De La Cruz is the sexy alpha playboy of la familia and is an attorney.  He’s one of the managers in la De La Cruz familia’s company. He’s constantly having fun with all of the chicas that chase him.  They have been chasing him his entire life.
Ricky literally runs into Jacqueline Cortez in the hallway. She’s a bella, shy, and quiet certified public accountant that works for la familia.  Jacqueline turns his world upside down.
Jacqueline Cortez has been in love with Ricardo her entire life. She never dreamed that running into him will unleash the amor that she locked up a long time ago.  Will she be able to outrun Ricardo and avoid being his next conquest? How long can Jacqueline resist Ricardo’s attention? Is she doomed to fall under his enchantment and into his waiting arms? 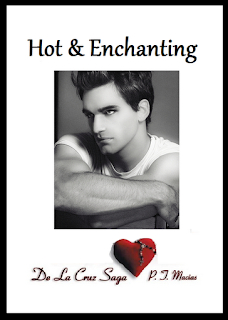 Posted by Nicole Hurley-Moore at 10:34 pm