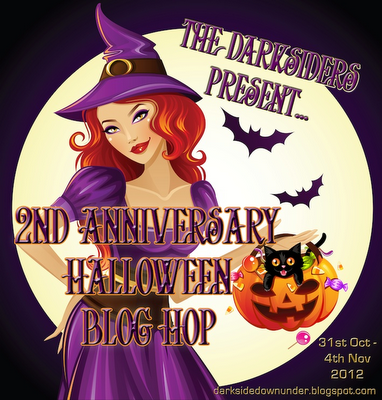 
Hi everyone,
It’s The Dark Side Downunder 2nd Anniversary! Thanks so much for dropping by and helping us celebrate. From sexy vampires to goblin kings, through time travel, space opera, fantasy, Steampunk and everything else that goes bump in the night... the Darksiders have entangling paranormal tales to share. So raise your glass and embrace your dark side.


So... Daleks aside, what scared you as a child? For me (other than Daleks and clowns), it was some of the really dark and twisted fairytales. Some of them were blood soaked, evil and just plain awful. The murderous groom in Blue Beard was terrifying, the Goose Girl with the death of Falada made me cry, and the injustice of The Six Swans still lingers. In The Six Swans (sometimes known as the 3 Swans or the 7 Swans) the princess must endure six years of silence to break the spell that has turned her beloved brothers into swans. In that time, she is abused, loses her husband’s love, watches as her children are stolen from her and is accused of witchcraft and yet she is unable to speak and defend herself.


Another example of dark and scary images is in the old version of Cinderella. Here the step-mother encourages the step sisters to cut off their heels or toes to fit into the slipper, only to have their plan undone by the two pigeons calling to the prince “Cuckoo, Cuckoo, there’s blood on the shoe... she is not the true bride for you.” Of course, the prince heeds the bird’s warning and leaves with his true bride, Cinderella.


So...come on fess up, was there a story that scared you silly as a kid?

I’m giving away a pdf copy of Until The Stars Burn Cold. To be in the running please leave your name and email address. Added to that there is a grand prize of a $30.00 Amazon voucher up for grabs! 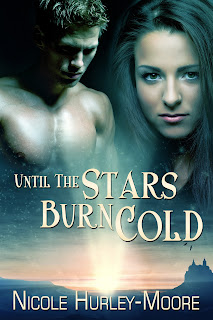 Long ago in ancient Persia, there lived a pair of star crossed lovers. In a desperate bid, the lovers sought to flee the town of Adwan. But they were caught and torn apart. For his insolence, Jinn is cursed into a ring. Ages pass and empires crumble... and Jinn is still forever bound in a circle of frozen silver. Bound, that is until present day antiques dealer, Mia Templeton accidentally releases him. Mia is beautiful and Jinn, finds her somehow familiar. Is love eternal and evil everlasting? Can the power that destroyed his life in Adwan, reach through the centuries and threaten his future?


He could almost taste the longing and desperation on her lips. His arms wrapped around her and pulled her close, she trembled. Her tears fell as the deepened their kiss and Jinn savoured the salt on his tongue. Reluctantly she broke away but Jinn caught hold of her hand as she took two steps down the staircase towards her uncle.


“You must,” she said as she pulled her hand from his.


“He cannot Shuri,” Kansbar said as he moved towards the flight of steps. “He cannot let you go – his love is too great. Which is admirable but unfortunate. He will move the heavens to have you and that will not do. Now, come to me and we will have done with it.”


“Uncle you promised that you would not harm him!” She called out as she started to run towards him.


“I will not kill him,” Kansbar smiled at Shuri. “But I cannot simply let him go. Watch, you may enjoy it!”


But Kansbar had already begun to mutter strange sounding words, his hands moved elegantly drawing invisible shapes before him and the glass sphere appeared to illuminate with an inner pale light.


The Shamsheara stone levitated in front of Kansbar and shone as bright as the sun.


A golden light encased Kansbar before the stone released an energy bolt of pure white light. It shot through the air as fast as lightning and hit Jinn. He cried out in pain and staggered as the light pierced his body.


Shuri ran down the remainder of the stairs and threw herself at Kansbar’s feet. She grabbed at the edge of his cloak “Please Uncle, I beg you do not do this. I will do everything you say. I will marry Farrokh. Show mercy, show mercy!” Shuri looked up and stared at Jinn, to her horror his golden skin had taken on a silver sheen.


“Shuri!” Jinn called out as he was compelled to bend forward and reach for his toes.


His eyes never left hers as she ran the few paces towards him; but she hesitated as she watched as Jinn’s entire body became pliable silver. His body had been turned to molten metal yet he was still conscious … still Jinn… still calling her name.


“Jinn!” she screamed and her eyes rounded in horror as Jinn’s body formed a never ending circle. He rocked for an agonizing moment at the top of the steps, the sunlight causing his silver body to gleam. Pitching forward Jinn rolled down the hard stone steps, decreasing in size with each revolution until he clattered and spun with a metallic clink at Kansbar feet. With a satisfied smile Kansbar bent down and scooped Jinn up with one hand. Jinn had been transformed into a heavy silver ring – a perfect circle just big enough to fit Kansbar smallest finger. Kansbar grinned as he inspected Jinn in miniature; his hands touched his feet and his head turned to one side, lips still parted with Shuri’s name. With great pleasure Kansbar held it up for all to see.


“Here my dear, allow me to be the first to present you with a wedding present.” He mocked and then laughed heartily as he watched his niece drop into a dead faint.