A Medieval View of Marriage


As some of you may know, I have a thing for the medieval period. I love it all, including the dark and twisty bits. I thought that I may intersperse my blog with a series of posts on aspects of the Middle Ages. So, we are jumping off with the medieval view of marriage. It’s a broad subject and we are just touching the surface. Generally we are looking at England and France during the 12th and 13th centuries.


And all three had very different ideas about marriage. 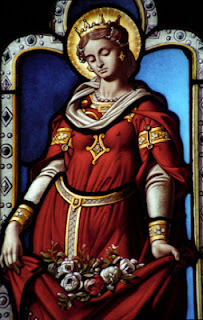 Okay, so according to the medieval Church, sex was a sin... even when it was accompanied with marriage, they weren’t that hot on it. The use of this Biblical quote was bandied about –


“A man is better off having no relations with a woman. But to avoid immorality, every man should have his own wife and every woman her own husband.” 1 Corinthians 7:12


So the medieval Church’s view was marriage was permitted for the sole purpose of begetting children. In fact, sex for pleasure even among married couples was regarded as a mortal sin. A marriage would only be seen as valid if it met the Church’s requirements.


1.      Consent – both parties must willingly give their consent to the marriage before witnesses.


3.      Both were free of prior contracts of marriage or pre-nuptial agreements.


4.      No Consanguinity – no incest. The Church ruled that this included cousins up to the 6th extent and anyone who was a former lover and their kin.


5.      The church service – which was generally held on the church steps or porch, meant the marriage was sanctified.


The Church felt the need to control sex and the relationship between husbands and wives. It prohibited marriage (and sex) during the holy days of the year. Marriages were banned during Lent, Rogationtide, Advent, saint days, Sundays, Wednesdays and Fridays. The Clergy had encouraged the idea that saint’s days had a supernatural aura and emphasised that a sin committed on a holy day was worse than one committed at any other time. For example, Friday, as it was the day of crucifixion, was thought to be unlucky for any new venture, especially for marriage and journeys. Now, if you add up all the days that you weren't allowed to marry or have sex... I think you are looking at over five months.


The Church believed that consent was the most important aspect of marriage. Families arranged marriages during this period, in fact it was only the very poor who had the luxury of marrying for love. Many of the betrothals were contracted when the couple were as young as six or seven, in some cases even from the cradle. This was to align families and to join wealth and property. However, the Church condemned this practise and insisted that the couple could only be betrothed when they were old enough to understand the proceedings and willingly give their consent.

So that’s the end of part one, I hope you found it interesting.