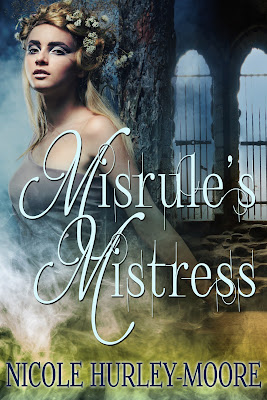 Well, just as I promised the competition is now open! (okay, so I'm posting this a few hours early... but I won't tell, if you don't!)


To celebrate the 20thDecember release of my medieval Christmas novella, Misrule’s Mistress, I have put together a competition. The competition will run from the 24th December to the 5th of January 2013. As some of you may know, I do have a fondness for jewellery... so I thought I would spread the love around. I’m giving away a string of white freshwater pearls. The individual pearls range from about 8mm – 9mm, the string is 18” long with a gold plated clasp. The pearls are individually knotted and strung on silk. Added to that, there is also an advanced reader’s copy of Misrule’s Mistress. 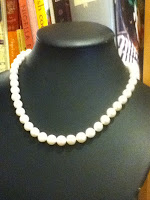 As my story is set over the twelve days of Christmas, I decided that’s when I’m running the competition.

To be in the running you must leave...


· And the answer to this question – “What is the name of Ellette’s horse?” (check  out the extract below)

All valid entries will be placed into my top hat (circa 1880’s and according to the label – Johnson & Co Hatters to the Queen & HRH the Prince of Wales. 113 Regent Street, London) and a random winner will be drawn. The draw will be held on the 7thJanuary 2013 (Australian Eastern Standard Time). 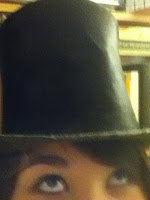 The contest is open worldwide, but please only one entry per person – thanks J


Misrule’s Mistress, along with my other stories are available from Pink Petal Books


You can also find them on Amazon, Barnes& Noble, Coffee Time Romance, Diesel eBooks, Smashwords, Book Strand & All Romance Books. And in another week or so, Misrule will be uploaded to all of the above sites as well.

So I hope you will all enjoy a little medieval Christmas cheer and good luck! 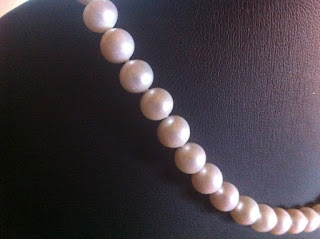 
A familiar flare of excitement shot through Ellette’s body as Cranley Castle came into view. It was a sight that she never tired of, Cranley was not the largest castle in the land but in her opinion it was the prettiest. Two elegant towers rose towards the heavens and the grey stone walls looked almost silver in the pale sun. Above the towers flew the Cranley pennant, a hawk flying between the twin towers in a blue shield on a white background.  There was a thin veil of snow covering the ground, which made Cranley look as if it was from an enchanted dream rather than the home of Barric Cranley. They had known each other for longer than she could remember – he was her friend, the constant in her life, but above all he was her fiercest competitor.


“Well my child, Cranley looks as fair as ever,” Lord Gelsey said as his horse drew alongside hers.


“No doubt you and Barric will spend the winter festival trying to best each other,” he said with a laugh.


“Aye, no doubt,” Ellette said with a smile and her grey eyes sparkled with amusement. “And I intend to win.”


“You always do, although I believe Barric will have something to say about that. I suspect that he will challenge you to a hunt once again.”


“I believe that is his plan, ‘twas merely luck that saw him win last time.”


“You can challenge him soon enough. Come, our host will be expecting us.”


“Very well Father, but I wager that I can ride into the courtyard before you!”


Ellette laughed as she spurred her horse on. “Make haste, Elflin,” she cooed into the ear of her dapple grey mare. “Make haste, Barric awaits us.”  She felt Elflin’s pace increase to a gallop and heard the horse’s hooves beat out a rhythm on the snow scattered road. The icy wind blew in her face and tugged at the fur hood of her green woollen cloak. She was filled with happiness; a mixture of the exhilaration of the ride, the sense of freedom it gave her and the prospect of seeing Barric again. Elflin clattered over the wooden drawbridge and into the outer bailey of Cranley Castle. 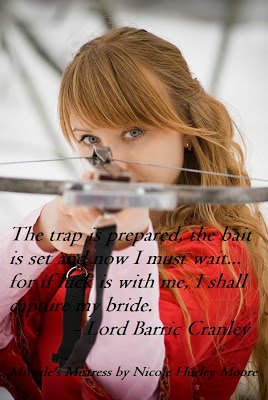 Posted by Nicole Hurley-Moore at 8:14 pm