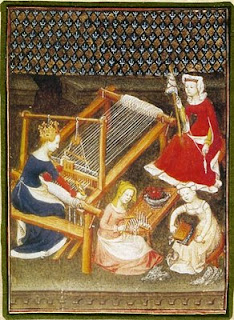 In the Middle Ages arranged marriages help to secure alliances and bonds of loyalty among the nobility. Another method was the practice of sending children (generally over the age of seven) into other noble households to be raised. This was called fostering. It not only promoted friendship between the two families but could improve the child’s chances of success in later life.


The children of nobility learned what behaviour was expected and how to run a household. They were trained in how to address those of higher status, and also how to command those below them in rank, such as servants and soldiers.


Noble boys were first trained as pages, but as they grew older they served the lord and lady at feasts and other formal meals. By their teens, they were squires and in the process of training to become knights. As squires they assisted their lord and were trained in how to take care of armour, weaponry and horses.


Girls on the other hand were trained in how to run and supervise a noble household. These duties included the overseeing of the cook/kitchen, healing, sewing, spinning and managing household expenses. 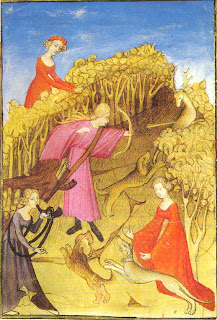 Some peasant children were also sent away from the parents and homes from an early age. They were sent to learn a trade, which again like children of the nobility could improve their chances for a better life. Trades included such things as carpentry, metalwork, stone masonry and weaving. Many children who were not afforded these opportunities, found themselves bound as servants in richer households. In some instances, peasant families would give a child to the church. In a harsh world this could be seen as giving the child a chance, as they would grow up in the shadow of the Church as either a monk or nun. Perhaps their lives would not be quite as difficult as if they had stayed with their family. It was also believed that by handing a ‘spare’ child over to the Church, the parents themselves would find blessing.


However, it did not matter whether the child was born to nobility or not; through fostering, apprenticing or just surrendering the child, its future had been set in stone.

Posted by Nicole Hurley-Moore at 6:03 pm