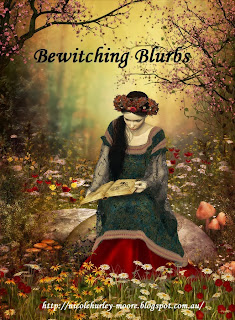 
Here’s this week’s Bewitching Blurbs. As always, there are some fantastic titles to choose from.


First we have a little shifter action. A Wolf at Her Door is another story in the Spellbound Treasure Series. It’s an interesting series, which is written by several different authors. They are stand alone, magical stories which are vaguely linked by certain characters. They are published by Jupiter Gardens Press and here’s a link to all the titles -
http://jupitergardenspress.com/?s=spellbound&post_type=product&submit.x=0&submit.y=0


This is Jasmine’s fourth title in the series. Her other stories include Birthday Shift, Lupine Valentine and Outfoxed.

A Wolf at Her Door


When Gwen wished for a hero to help save her sanctuary, she never expected tough, sexy stranger Rohan to show up at her door. Rohan is a natural with animals, and even helps to protect her home from vandals who would destroy what she’s worked for.

But this man hides secrets that she senses she’ll find in the golden eyes of the wolf she keeps dreaming of. Can Gwen entrust Rohan with saving the lives of the animals she loves, and even more dangerously, can she entrust him with her heart?

Rebekah Turner’s Chaos Bound has arrived. It’s the second instalment of the story which started in Chaos Born. I’ve added both blurbs so you can get the full impact... 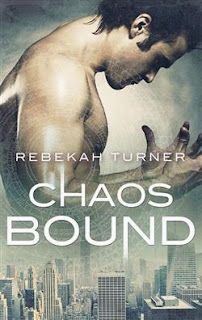 The long-awaited sequel to Chaos Born takes us back into the Applecross, where Lora faces increasing threats to her survival and her chance at love.

Lora Blackgoat — mercenary and smuggler — has only just recovered from the last threat on her life and hasn’t even begun to sort out the mess of having both a nephilim warrior and a reborn hellspawn as potential lovers. Work should be a refuge, but a job finding missing persons puts her in the crosshairs of a violent gang and a merchant with a taste for blood sport.

Reluctantly, Lora turns to the two men in her life for help. Roman — the nephilim — professes to be her soul mate and turns to her when he feels the darkness of nephilim madness descending. But though Lora is drawn to Roman, it is Seth, ex-lover and reborn hellspawn, who Lora must ultimately ask to protect those she loves. Can she trust Seth to save Roman and her adoptive family, or will this be a fatal mistake?

A fresh and exciting debut novel introducing the Chronicles from the Applecross.

Lora Blackgoat, smuggler and mercenary, has been lying low after a job gone bad made her a laughing stock in the industry. When a childhood friend turns to her for help, Lora leaps to restore her reputation and starts hunting a killer who is stalking the gas-lit streets.

She never expects that her path will lead her to the Order of Guides, a sadistic militant religious organisation - or to Roman, a deadly and dangerously attractive half-angel warrior who also hunts the killer.

When Lora discovers that the killer has broken fundamental laws of magic to enter the city, she also uncovers a conspiracy that leads back into her own dark past.

Buckle Down is an anthology which features Samantha Holt’s first contemporary story, Her Dream Cowboy.  Normally, Samantha writes scintillating medieval Scottish romance, but I’m willing to swap a highland laird for a hot cowboy just this once J
Buckle Down 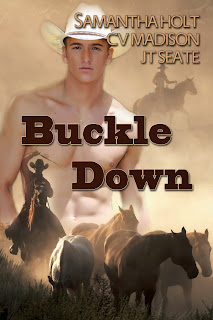 Talked into experiencing ranch life for herself by her best friend, Sophie comes all the way from England to Nevada, alone. But while her friend may have abandoned her, her guide for the week promises to stick close to her side.

A guide who just happens to be an honest to goodness, sexy cowboy.

Luke Harper is a busy man. He’s dedicated years to turning his ranch into a successful holiday business and he’s yet to find a woman who can deal with the realities of dating a cowboy. In his experience, they’re all after a dream. But Sophie proves too tempting for her own good and Luke can’t help wondering if the gorgeous woman would be willing to give him a chance.

Security expert and avowed city boy Reno Locke drops into The Meeting Place for a little loving to fill his off hours. Country boy Wilder Henderson swings through to blow off a little steam after winning a rodeo competition. Locke finally works up the nerve to hit on Wilder and Locke takes Wilder back to his room. He finds out this urban cowboy is just what he was looking for during The Layover.

In the old west, a young couple have plotted a future rendezvous for any chance of a life together, if only poor Johnny isn’t gunned down first by Faith’s father who is out for the cowboy’s blood.
http://www.amazon.com/Buckle-Down-Samantha-Holt-ebook/dp/B00H4J4AP6/ref=sr_1_1?ie=UTF8&qid=1386635058&sr=8-1&keywords=Buckle+Down+samantha+holt
Problem is, Blake’s business-first position hasn’t changed. And Ana can’t fall for the man who could become her boss—it’s not only her job at stake, but her heart.
http://www.amazon.com/Tangling-CEO-Novel-Entangled-Bliss-ebook/dp/B00GQ6FODK/ref=sr_1_1?ie=UTF8&qid=1386636019&sr=8-1&keywords=tangling+with+the+ceo
Maggi Andersen’s Taming the Gentleman Spy was also released this month. It’s part of her Spies of Mayfair series, the first being ‘A Baron in her Bed’.
Taming the Gentleman Spy
By Maggi Andersen 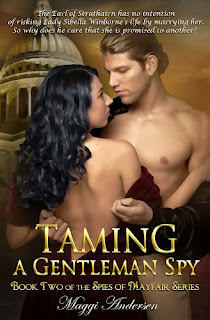 John Haldane, Earl of Strathairn, is on an urgent mission to find the killer of his fellow spy. Has the treasonous Frenchman, Count Forney, returned to England to wreak havoc? Or has someone new landed on English shores to stir up rebellion in the Midlands? After visiting the young widow of one of his agents, Strathairn strengthens his resolve. A spy should never marry. And most certainly not to Lady Sibella Winborne, with her romantic ideas of love and marriage. Unable to give Sibella up entirely, he has kept her close as a friend. And then weak fool that he is he kissed her... Lady Sibella Winborne has refused several offers of marriage since her first Season years ago -- when she first set eyes on the handsome Earl of Strathairn. Sibella's many siblings always rush to her aid to discourage an ardent suitor, but not this time. Her elder brother, Chaloner, Marquess of Brandreth, has approved Lord Coombe's suit. Sibella yearns to set up her own household. She is known to be the sensible member of the family. But she doesn't feel at all sensible about Lord Strathairn. If only she could forget that kiss...
http://www.amazon.com/Taming-Gentleman-Spy-Spies-Mayfair-ebook/dp/B00FG9MTGI/ref=sr_1_1?ie=UTF8&qid=1386636261&sr=8-1&keywords=Taming+the+gentleman+Spy
Free Read – 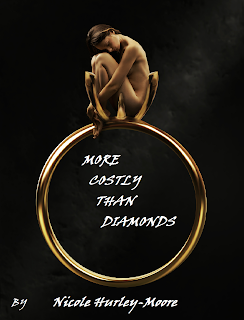 Here’s just a little short story.
More Costly Than Diamonds
By Nicole Hurley-Moore
After five long years Sir John Durand returns home from the Crusades. He left a wealthy estate and a young bride. But what will be waiting for him through the gates of Durand Manor?
http://nicolehurley-moore.com/More%20Costly%20Than%20Diamonds.html
Thanks for stopping by.
Nicóle  xx

Posted by Nicole Hurley-Moore at 12:46 pm