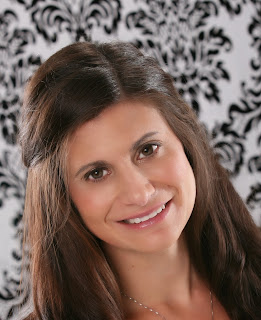 
Welcome Christina and thanks so much for visiting. J


How did you come up with the idea for your current story?


Lauren McDonald, the heroine in my most recent release, appeared in my first book The Teacher’s Billionaire.  She was Callie Taylor’s best friend and I always knew she needed her own book.  However, I wanted this book to stand out from the others in some way, hence the two men trying to win her heart.


My characters always come first. Since I write books that are part of a series, readers have always met at least one of the main characters in each of my books before.


Yes, right now I am working on a new book that will be the first book in my new series Love On The North Shore.  This new series will be a spin off from my current series.  The hero of this book was a secondary character in my second book The Billionaire Playboy.


The title for my first book I picked out of the air so to speak.  The titles for my other books were picked by my readers.  I established surveys and had them vote on the titles they liked the best.


What made you want to be a writer?


I became an avid reader young.  I loved getting lost in stories.  When I was ten I decided to try writing my own using my grandmother’s manual typewriter, and I just never stopped.


Excerpt
With his hand still wrapped around her wrist, she took a step away from him. "Soon you'll go back to wherever the military wants you. We may never see each other again. The past doesn't matter."
"Like I told you the other night, Lauren. I am not leaving." He focused on removing the anger from his voice.
A cynical smile formed on her face. "You left the marines? Yeah, right. They mean more to you then I ever did." The anger he'd heard before diminished, but sadness took its place.
Nate reached out his free hand and touched her cheek. "That's not true, and I'm no longer on active duty." The warmth from her skin managed to penetrate through the calluses on his hands. "I'm in the reserves now. Last month I graduated from the FBI Academy in Quantico."
Lauren's eyes flew open. "You're an FBI Agent? Seriously!" Her voice hit the next octave.
Surprise and shock trumped anger any day of the week. "Yeah, in the Boston field office."
"Wow, that's..." The awe in her voice trailed off. "That doesn't change anything." She took a step back, and his hand fell away.
With the increased distance between them, again the sunshine he'd felt bathed in a moment ago disappeared. "I don't believe that." In two steps he closed the distance between them. Before she could move again he made his move. He let his lips brush against hers.
Home. The word lit up in his head. Regardless of the years gone by, he belonged right here with this woman. He always had. 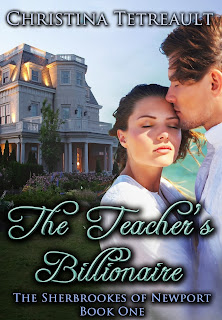 Once again, thanks Christina for dropping by for a chat.
If you would like to find out more about Christina and her books the links are below. Also, if you would like to see how this series began The Teacher’s Billionaire (Book 1) is available at the moment for free on Amazon.
http://www.amazon.com/Teachers-Billionaire-Sherbrookes-Newport-Book-ebook/dp/B007M8VCCS/ref=la_B007ME3F0E_1_3?s=books&ie=UTF8&qid=1386280314&sr=1-3
As always, thanks for stopping by.
Nicóle  xx 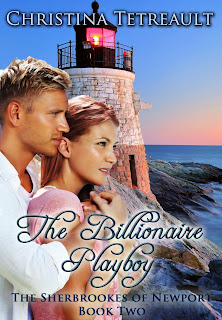 I wrote my first story with characters similar to those in the Sweet Valley Twins books at the age of 10 on my grandmother's manual typewriter. As I got older my stories and characters became more mature.
During my freshman year at UMass Dartmouth, I read my first romance novel and fell in love with the genre. I have been writing contemporary romance ever since.
Today I live with my husband, three beautiful daughters and two dogs in Massachusetts. Whenever I have a free moment you'll find me either reading a romance novel or working on my most current story.

Posted by Nicole Hurley-Moore at 9:25 am