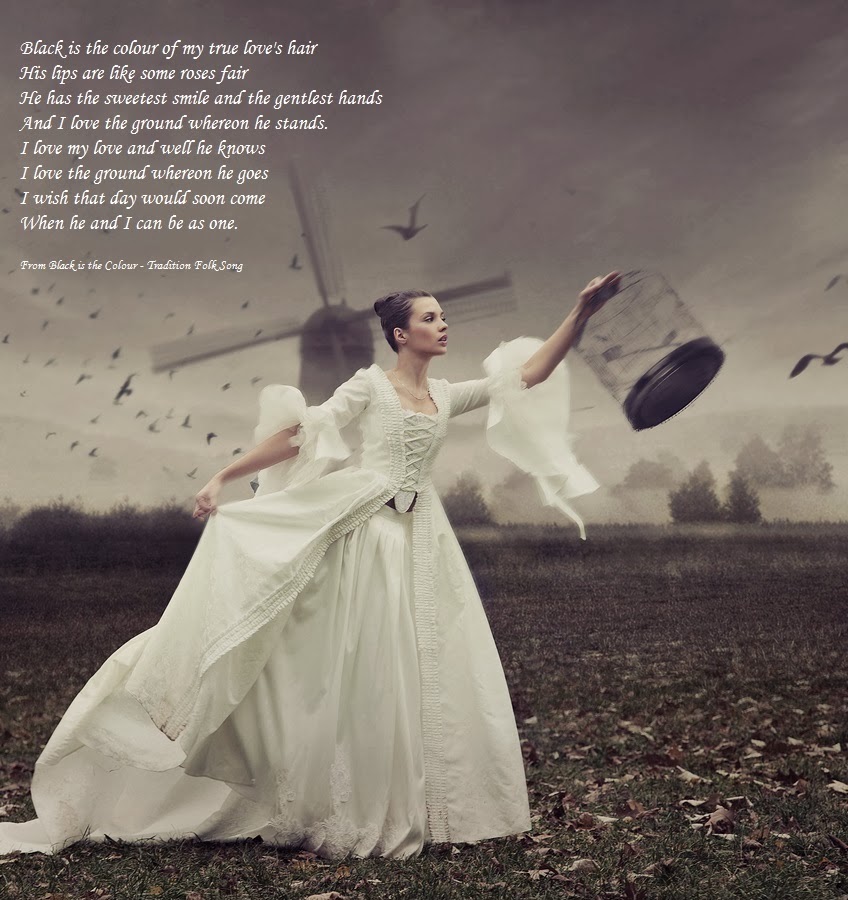 
Over the past few weeks I’ve been musing about the inspiration of my latest stories. The Hearthfire series is a collection of medieval fairytales. The first three stories are concerned with the three Ruebana sisters – Mariella, Elisabetta and Ciana. I have finished the youngest sister, Ciana’s story – Black is the Colour and I am now about half way through writing Mariella’s tale – My Wolven Heart. After that, I’ll begin Elisabetta’s story – Hush.


This series has been inspired by old myths and fairytales.


Black is the Colour

Will Ciana save her beloved from the witch’s curse...

Ciana loves Oran and vows that nothing will separate them. But her father has other plans and will do anything to stop their love, even if he has to turn to the dark magic of a witch to do it.
Oran knows that he doesn’t deserve Ciana. She is a lady and he is nothing but the village blacksmith. But their love is stronger than the metal he forges and welds. She has his heart and he will never turn from her no matter the cost.
Separated, Ciana will need all her strength to journey through the deep forest and save Oran from the witch’s curse. Alone and with only a trail of black feathers to follow, Ciana will fight against the odds and attempt to bring her lover home.
Thanks for stopping by.
Nicóle  xx