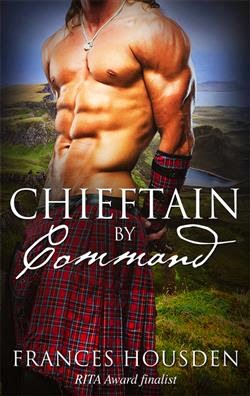 
Gavyn Farquhar’s marriage is forged with a double-edged blade. Along with the Comlyn clan’s lands, a reward from the King, he is blessed with an unwilling bride, Kathryn Comlyn, and an ancient fort with few defences that desperately needs to be fortified before it can act as a sufficient buffer between Scotland and the Norsemen on its northern borders.


Gavyn needs wealth to meet his king’s demands, and he knows of only one way to get it — with his sword. Leaving his prickly bride behind in the hands of trusted advisors, he makes his way to the battlegrounds of France and the money that can be made there.


Two years married and Kathryn is still a virgin. A resentful virgin, certain that, like her father before her, she is perfectly capable of leading the Comlyn clan. In her usurper husband’s absence, she meets the clan’s needs, advising and ruling as well as any man.


But she is an intelligent woman, and she knows the only respect and power she will ever hold will be through her husband. And to wield it, she needs to make him love her. An easy task to set, but impossible to complete, when said husband has been gone for two years, and there is no word of his return. But Kathryn is undeterred. After all, a faint heart never won a Chieftain. 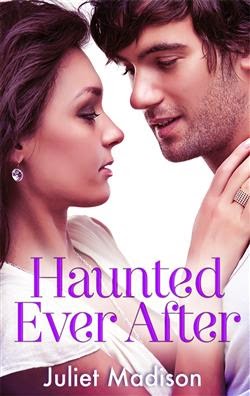 Haunted Ever After
By Juliet Madison


When bride-to-be Sally Marsh attends a weekend away with her bridesmaids, the last thing she expects is an uninvited guest: the ghost of her fiancé's ex-girlfriend.


Red is quirky, loud and distracting, and Sally is soon desperate to find the reason behind her presence, so she can rid herself of her embarrassing shadow before the wedding day. Unfortunately, the ghost is reluctant to share the reason for her existence, but very enthusiastic about Ty, the surprise hen’s night stripper who keeps showing up at awkward moments.


Time is running out for Sally, but it’s also running out for Red. By the time all is revealed, Sally will be tested to the limits, and go above and beyond everything she’s ever believed in order to ensure not only her own happy-ever-after – but Red’s as well.


Posted by Nicole Hurley-Moore at 1:58 pm