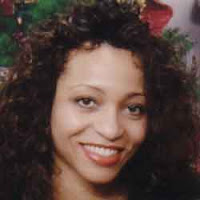 Hi everyone,
Today I'm lucky to have the lovely Danita Minnis dropping by for a visit. Danita is a paranormal writer and is the author of Falcon's Angel.


Hi Danita and welcome! Why don't you tell us a little bit about yourself?


I’m singer turned writer! Well, actually, I was writing before I was singing. As a young girl, I wrote a story about a young girl (go figure) in the Elizabethan era. In my teens, I wrote poems which eventually turned into songs when I realized I had a singing voice.

Where are you from and why do you love living there?


I’m a New Yorker all the way! I love the culture – yes, New York is a big melting pot with lots of culture. The class trip to the Museum of Natural History is something I looked forward to. J Where else is there a pizza parlor or Chinese restaurant on every corner?

What type of books do you write?


I write paranormal romance mostly due to my love of supernatural, scary stuff with witches and other fantastic beings. I guess I’m still a little girl at heart because I love dark fairy tales.
What's the first thing you had published?


My debut novel Falcon’s Angel is my first publication. It is a story of reincarnation, devil-worship and of course eternal love.

The titles of the three stories I am currently working on came to me with the characters. I am a visual person and when I ‘see’ a scene in my mind, my characters are usually there with their names. I guess the best way to explain it is it’s like I’m watching a movie. I don’t get all of what I see at first but I usually get their names and the name of their story pretty quickly.
What are you working on now?


I am finishing edits on the second book of the Cardiff series, Entwined. This is the story of Angel’s (of Falcon’s Angel) parents and her unique family history.

When did you realize you wanted to be a writer?


I’ve thought of myself as a singer for so long that I didn’t get that I was also a writer until about five years ago. I started having daydreams (and night dreams) about my hero. After three weeks of character attacks, I knew this hunk wanted me to tell his story. One morning I woke up from a character attack and started writing. That was the moment I became obsessed with my characters and their fantastic world.
What inspires you?


Couples. Twilight. Dusk. Roses. Various periods in history that I find romantic and dark: the eighteenth century, medieval era, the time of the Pharaohs. Various countries I want to experience one day: France, England, Italy, India. I’m writing about all of these places and things.
Any superstitions?


Never speak negativity into existence. Speak only about what you desire. If you don’t have anything good to say, don’t say anything at all.

Thanks so much Danita for stopping by and sharing a little bit about yourself. Falcon's Angel sound fabulous, check out the blurb and snippet below.

Angelina’s passion is music but she has never felt this kind of want before.


Falcon wants the Stradivarius in her possession and goes undercover to track down a thief. He soon discovers he is not the only killer in search of the violin.


il Dragone, a devil-worshiping cult, wants revenge for a past only they can remember. Falling in love was never part of Falcon’s plan but before he can have what he wants, he must help Angelina unlock the secrets of a love, which ended in tragedy in Eighteenth Century France.


This is one special assignment that must be completed before il Dragone gets what they want.


Falcon stood in the shadowed courtyard of the Naples Conservatory.


She left the building right on schedule. She had arrived early and stopped by the panetteria to pick up breakfast. She preferred the sweet rolls. When she left the music school, it was near dark.


Her schedule of classes wasn’t that bad. It was the time she spent practicing alone in whatever unoccupied classroom she could find that kept her there all day. She was dedicated, and very beautiful.


She had bumped into him in the hall two days ago on her way to class, “Scusi, Signore.” He did not know which was more shocking; the sound of her rich contralto or those huge liquid gold eyes, a striking contrast to the midnight waterfall rippling down her back.


He had purposely stepped in her path that day to confront her about the Stradivarius she carried. When he got a better look at her, he smiled “Perdonami,” and let her pass. Her lithe form glided down the hall.


If this goddess is a thief, she won’t have to take anything from me. I’ll give her whatever she wants, and more.


Although he allowed her to see him just that once, he had been watching her ever since. He did not know her name yet, but he called her Angel. Her unusual eyes made her seem like a fairy. Her fluid grace only enhanced the impression of an ethereal wood sprite.


Damned if he was not holding his breath waiting for the end of those legs before the gentle curve of her hips.


She crossed the darkening piazza and her full breasts danced under the white camisole top, making his mouth water. She was on her way home now.


She was staying at the Casa di Città on Piazza Avellino and now so was he. The apartment, a few avenues away from the Conservatory, was in the cultural Greco-Roman district, where the buildings themselves looked like archaeological finds.


Falcon emerged from the cluster of fig trees in the courtyard. He stopped when a man exited a side door off the Conservatory. The man started walking behind Angel.


Turning toward the fountain in the courtyard, he gave the man a head start. He fell in step behind the man, who carried no books, no instrument. Is he a teacher, or a lover? No, not a lover. The man didn’t even call out to the girl. He did not know her.


Falcon strolled along, looking into shop windows he passed. The man ignored a streetlight, but Falcon stopped, making sure no one followed him. With an idle shift from side to side, he waited for a car to cross the intersection.


Across the street, a teenager sat on the steps of a closed shop. He’d been there for the last few days. The car stopped at the curb in front of the teenager.


Someone should pick him up.


He would not jeopardize his cover for drug trafficking. He would leave that to the local polizia.


The light changed and Falcon crossed the street, satisfied that the man following Angel was alone.


They were walking through the ancient Roman marketplace, which was deserted now. When the girl got closer to the church built on the site of an old temple, the man began to close the distance between them.


Falcon shook his head as she reached the church corner. She never noticed the man who was just a few feet behind her now. When the man pushed her into the gloom around the church corner, they were lost from his sight. The girl screamed.


Sprinting, he rounded the corner. About ten feet away, the man was trying to wrestle the violin case from her against the wall.


Falcon pulled out his gun and aimed. “Let her go.”


The man turned toward him, and the girl pulled at his ear. The man bent, holding his stomach. He made an inarticulate sound before running away along the side of the building into the darkness.


Falcon darted past the girl and followed the man into the shadows.


Something flitted overhead, darker than the darkness in which he now stood alone. He pointed the Glock upward even as a figure walked up the side of the building. It looked like a black cloud but more solid than it should be.


Before he could get off a shot, the darkness disappeared over the side of the roof.


Staring at the dead end in front of him, Falcon put his gun away. No doors or windows on either side.


Where is the guy? Must be a hidden door somewhere, he’d check it out later.


Falcon turned back toward the girl. Beyond her, across the street, the man he had been chasing got into a car.


“No way,” he murmured as the car sped off. No way could the man have gotten past him in the alley.


Posted by Nicole Hurley-Moore at 1:08 am