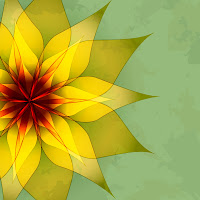 Well, so much for my grand plan of finishing my current work in progress  by the end of August. Unfortunately, things got in the way. Midnight's Masque is close but still not finished. The word count is slowly creeping up but I still have one chapter to write. Hopefully, I'll be able to finish it soon as I have a heap of other stories which are all crying out to be written.

Dancing on Air will be released by Escape Publishing on the 1st of November. I'm so excited, I can't put it into words.

Dancing on Air is the story of  Lisette and her love, Lord Evander Gainswith.


A Victorian ballerina yearns for freedom, security and love. Three men offer her aspects of what she desires, but only one holds her heart. Lord Evander Gainswith has a colourful past – he has never fallen in love before. He wants a mistress. However, just like in the ballet, Lisette wants a fairytale ending. But the sinister Lord De Vale, who is confidante and paramour to Lisette’s Aunt and guardian, covets her. To survive Lisette discovers she needs more than a lover  – she may need a saviour.
It was pointed out to me that Evander has an older brother who doesn't recognise love - even when it's standing right in front of him. And perhaps Lord Alistair Gainswith was in need of his own story. As did Evander's friend, Lord Harry Tollworth. Harry has already caused a scandal in Dancing on Air with his ardent pursuit of Lizzy (Lady Eliza Beckworth). He has  kissed Lizzy publicly in front of her fiancée, been responsible for causing a duchess to faint and  been challenged to a duel - how could I not write about him?

So my head is spinning with new plots and stories, none of which I can start until I manage to resolve Mathias and Sophia's little problem in Midnight's Masque.


Sophia’s life is a lie. With a sham marriage and the need to produce an heir, Sophia uses a masquerade to find a mate. She wants a night of passion, anonymity and no ties, but Lord Mathias Eldridge spins her senses and makes her wish for the impossible – love.

Posted by Nicole Hurley-Moore at 5:12 pm