A Snippet of Dancing on Air 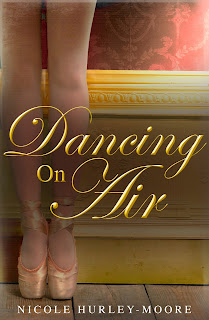 As you may know, Dancing on Air will be released by Escape Publishing on the 1st of November. Yay!!!

So today, I thought I would share the opening scene with you all.

I hope you like it and find Lisette’s tyrannical aunt, Madame Devoré as hateful as I do!


Cinderella meets Swan Lake in this Victorian-era set story about a ballet dancer, an aristocrat, and their class-crossing romance...

Lisette yearns for freedom, security and love, but none are offered on the run-down stage of The Imperial Theatre. Instead she has hard work, a tyrannical aunt, and the hope of one day becoming a prima ballerina. Dancing on the stage she catches the attention of two powerful men: Lord Gainsworth and Lord De Vale. 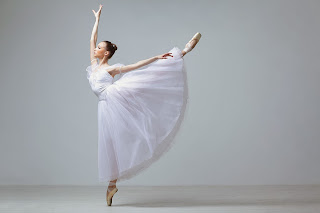 
Lisette was weightless as she leapt into a grand jeté across the stage. She was free and in that moment her heart soared past the walls of The Imperial Theatre. She landed lightly and began the fouetté en tournant, whipping her leg from fourth position to behind her knee; she created impetus to spin on pointe. After the eight revolutions, she planted her feet and lifted her hand in the air, stopping in front of her aunt. There was a slight wobble in her legs and she tried not to wince. Fixing a smile on her face she prayed that her aunt had not noticed. Lisette had wanted perfection but had fallen short. A trickle of sweat slid its way down the middle of her back, her heart beat rapidly and she tried to catch her breath as her aunt stepped forward.


Marie Devoré regarded her niece for a second. Her eyes bore into Lisette’s before she raised her hand and slapped her across the face.


Lisette’s head jerked to the side as the burning sting radiated over her cheek.


‘No, Aunt Marie, I am sorry that I wobbled,’ she said as she looked at the well-worn wooden floor and resisted the urge to cradle her cheek.


‘When you finish, the movement must be sleek, clean and set in stone, without any trace of a tremble.’


‘Go, out of my sight. Prepare the costumes for tonight’s performance,’ Marie said with a wave of her thin hand. ‘You will practice again tomorrow. Without the wobble.’


Lisette bowed her head before running off into the wings of the stage. She ran as fast as she could past the burgundy velvet curtains, beneath the scenery fly and the rigging, down the narrow flight of stairs that ran beneath the stage, until she was in the cool and narrow corridor, which led deeper into the bowels of the theatre.


Her cheek burned but it was the sting of failure that hurt all the more.

As always, thanks for dropping by.

Posted by Nicole Hurley-Moore at 1:53 pm