I thought I’d mention the dreaded author photo. Many of my fellow authors appear to be naturally photogenic and ‘ridiculously good looking’. They put up happy snaps over Facebook, websites and book covers and all look confidant and gorgeous. And I have to admit I’m wee bit jealous. I’m camera shy, always have been, so when I was told I needed an author photo I went into a panic.


As some of you may know I had a major health issue a couple of years ago and consequently it changed my body and my image of myself pretty much forever. So am I comfortable in my own skin? Well, the answer is um... er... maybe... yes... no... not quite. So... to have to have a photo taken freaked me out all the more.


The first attempt was let’s just say a disaster.


Then I read Anne Gracie’s hilarious but frustrating attempts of trying to find the perfect author photo and it made me even more nervous.


Anyway as it had to be done, I bit the bullet and took myself off for the second attempt. The photographer was nice, kind and put me at ease. I found the experience not as terrifying as I thought it was going to be. And here’s the result. 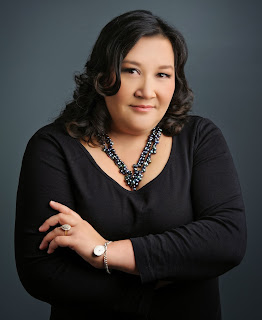 
Finally! I have finally finished Midnight’s Masque. It still is in the editing process but as it has a beginning, a middle and an end (which is always a bonus), I’ve put it aside for a week or two so I can edit with fresh eyes. Sometimes, to be ruthless you need a little distance.


To occupy my time (other than stressing over photos) I’ve begun plotting and writing the second book in the ‘Dancing on Air’ series. So once again, I’m playing in the Victorian era. It will be a stand alone story about Evander’s older brother, Alistair, the Marquess of Coltswood and how he can’t recognise love, even when it’s standing right in front of him. Alistair and his fiancée, Lady Victoria were/will be introduced in ‘Dancing on Air’ and I think deserve their own story. It’s a story about requited love, a little murder and a touch of revenge. I’m really excited at how it’s beginning to take shape and I hope you’ll love it as much as I do.


Dancing on Air  will be released on the 1st of November by Escape Publishing.

Posted by Nicole Hurley-Moore at 2:13 pm