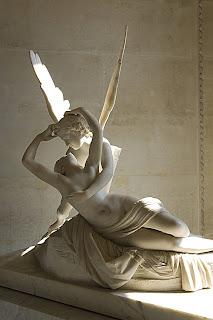 
For something a little different I thought I would write about using myths, legends and fairytales as inspiration.


Of course as writers we know that certain fairytales have become common tropes in romance writing. And that is not a criticism by any means, just an observation and a fact. Fairytales we see often are – Cinderella, Beauty and the Beast and Little Red Riding Hood to name a few. There is something familiar and almost safe about these stories. Perhaps it is because they trigger recognizable feelings within us. We know deep down that when presented with another form of Cinderella, good will triumph and our heroine will get the happy ever after or at least the happy for now she deserves.


Beauty and the Beast is another popular choice. We see it in many forms, from the tortured bad boy to the emotionally scarred Lord of a period romance (oooh, I love those ones!). Yet echoes of this tale can be found long before the recognisable Belle and her Beast. The tale of Cupid and Psyche incorporate aspects of the B&B formula.


Psyche is given (to appease the gods) to an unseen bridegroom. Even though she can feel his touch, the room is dark and she cannot see him. Her sisters, jealous that their baby sister lives in such luxury tell her that her new husband must be a monster (why else would he not show himself?) The result is Psyche follows her sisters’ advice (silly girl), waits until he is asleep and brings in a lamp and knife to kill him. Of course she is confronted by the beautifully handsome Cupid and not a monster. As she had violated his trust, Psyche must endure years of wandering and tribulation before she can be reunited with her love.


Another fairytale which follows the same lines is Hans my Hedgehog. Our heroine, when forced to marry Hans (a Grufflehog- a mixture of man & hedgehog) sees a monster. Yet as days go by she realises that there is more to him, he is kind and gentle. Each night he can remove his quills like a jacket to reveal a more than handsome hero beneath the fur. The heroine believes that she could live with a monster in the day and a handsome lover at night, but listens to her family. Break the curse... burn his quilled jacket. She does and loses her husband and just like Psyche she is cast out and must wander, and is tested until she can prove her love. 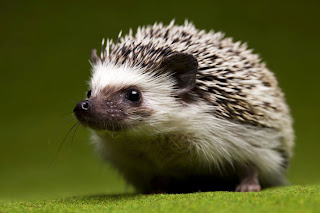 This choice of a ‘monster’ by day and a beautiful lover at night can also be seen in the tale told by the Wife of Bath in Chaucer’s Canterbury tales.


Another interesting aspect (at least I think so) is the way stories of the past were shared. I don’t mean the evolving stories told by oral tradition but rather how they were quite literally shared.


An example of this is the awful, and I mean awful ‘Tale of Patient Griselda’. Three versions of the same story; today it would have been a case for plagiarism, but back in the 14th century apparently not so much. Most people come by this story through ‘The Canterbury Tales’ (the Clerk’s Tale), however there were two other versions circulating around a similar time frame. Each story is slanted in a different way but the tale is generally almost word for word. Griselda is the tenth story of the tenth day in Boccaccio’s Decameron (an earthy telling), then Petrarch’s version (more spiritual) and finally Chaucer’s version which seems to be a combination of the two.


And why do I say it’s awful? Well, I hated that poor Griselda is plucked from obscurity (the tiny village on the lord’s land) and married to Gualtieri the Marquess on the proviso that she promises to obey him in every aspect – action, word and even thought. To see that she stays true to her promise he tests her constantly, even to the point of taking away their children and casting her back to the village. After years of abuse he finally realises that she has not only kept her promise but loves him (God, only know why because half way through the story I was ready to drop him over the nearest cliff). Yet, no matter how much I hated it (all three versions), it did have the whole trial and tribulation that each hero/heroine must suffer through to earn their happily ever after. 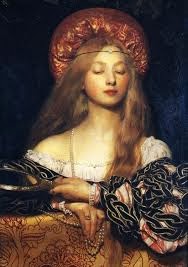 Perhaps this is why the old stories endure and are reinvented constantly. They carry us on the not only physical but emotional journey alongside our hero. We feel their pain, learn through their adversity and finally celebrate in their triumph.

Talking about different tropes, my ‘Cinderella’ story – Dancing on Air will be released by Escape Publishing on the 1st of November.

Posted by Nicole Hurley-Moore at 2:55 pm