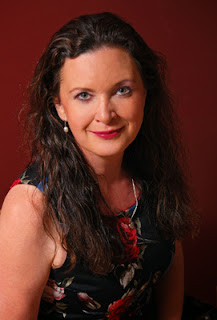 
Today I would like to welcome the lovely Elizabeth Ellen Carter. Thanks so much for dropping by for chat, Elizabeth.
Moonstone Obsession is Elizabeth’s first historical romance which is set in 1790. It’s a vividly woven tale about intrigue, passion and secrets.
By the way, I’ve read a little snippet of Moonstone Obsession and I can’t wait to read it all!


Thank you very much for having me on your blog Nicole!

What type of romance do you write?


Moonstone Obsession and my current work in progress Warrior’s Surrender are both full length historical at over 90,000 words each.


Moonstone Obsession is set in 1790 in England and involves an intrigue (and romance, of course!) involving England’s response to the French Revolution. Warrior’s Surrender is set in 1074 and is a clash of cultures and politics between our Saxon heroine and our Norman Baron.

What inspired you to write this story?


There were a few different things. One was a scene that popped into my head and just wouldn’t let go until I’d written it down – a very witty and flirtatious scene with the hero and heroine, another was an early 2000s reality TV series on love and romance called Regency House Party, made following the phenomenal success of the Pride and Prejudice mini series and then there was the 2008 film Amazing Grace which looked at the life and work of abolitionist William Wilberforce.

What comes first - the plot or characters?


For me it has to be the plot because that provides the framework for your characters to reveal themselves to the reader and to grow during the unfolding of the story.

How do you come up with the titles to your books?


It often emerges when I’m looking at the theme for the book. I did have to have a chuckle when a couple of early readers said they didn’t understand where the title Moonstone Obsession came from.


The heroine’s name Selene is a reference to the Greek moon goddess, a couple of key moments in the book take place during a full moon, our heroine does wear moonstones and the villain becomes obsessed with her.


I thought it was pretty clear, but I’ll let my readers decide. J

What made you want to be a writer?


I’ve always wanted to be a writer and like just about every kid who has been good a creative writing at school, I was told to go into journalism. Hmmm, all those creative writers as journalists… no wonder you can’t believe what you read in newspapers!


I’ve done all sorts of writing throughout my life and I toyed with the idea of writing a novel for many years and it’s only been recently that the time has been right.

How long have you been writing?


My own short stories since I was 10, from the age of 17 I was a newspaper journalist and when I was 30 I moved into marketing and communications. Now I can add published author to my resume!

What advice would you give an aspiring author?

Selina Rosewall had given up on love, but while helping her brother further his merchant fleet business, she meets Sir James Mitchell, Lord of Penventen. Their attraction is mutual, but what James wants from the relationship goes further—much further—than Selina could have expected. And she learns that in the world of the Ton, scandal and deceit are commonplace.

For Sir James Mitchell, Lord of Penventen, it’s hard to say which is more dangerous: being a spy or being considered husband material by the Ladies of the Ton. With political machinations threatening to draw England into the violent wake of the French Revolution, the last thing James expected was to fall in love with Selina Rosewall, daughter of an untitled seafaring family. But when James’ investigation stirs up a hornet’s nest, can he protect Selena from danger that threatens her very life?


James inspected the clearly frightened woman. Her gown appeared intact although her elaborately curled hair had started to come adrift of its pinning. Her face was flushed. Had she just come from an assignation? For some reason the thought didn’t sit well with him.


Moments later James returned with a glass of unadulterated punch in one hand, and with the other led her to a low stone bench within sight of the ballroom, but mercifully cast in shadows by a boxwood hedge.


Now seated, Selina accepted the glass, turning it in her hands, grateful for the distraction and the anonymity of the shadows, and obviously thankful not to be on the receiving end of an interrogation as she would receive if her brother had found her first.


James waited patiently for her to speak and for a few long moments they sat in silence.


“Thank you,” she offered. James nodded and it was understood that she meant for more than the glass of punch.


“I’m sure I have inconvenienced you horribly,” she added softly.


He shook his head, even though she could not see the gesture.


She did and the light from a garden lantern revealed she was blinking back tears.


His heart softened. If it was any other woman he’d see her safely back to her escort and consider his work done, but he sensed Selina was different—needed something different from him.


He met her gaze.


“Will you tell me what happened?” he asked.


She shook her head before looking back at her glass.


James shifted in his seat to look back down the colonnade in the direction he was sure she had come from. As he did so, a movement in the shadows caught his eye.


Was someone listening in on them? Who?


He turned back to his companion whose composure was returning.


“In that case, will you assure me that you are unharmed?” he murmured low.


Selina raised her head and looked at James fully in the face.


“Truly, I am unharmed.” she nodded. “All except I think, for my dignity because you have been more than kind and you are far too important to have your time monopolised by me.”


James gave a half smile.


The tension and fear that had radiated from her when he first found her had dissipated.  All she had needed was time, not a big scene which would have only embarrassed her further.


He decided to test the mood.


“And what if I told you that you are the only woman here whom I wouldn’t mind being monopolised by?”


Selina genuinely laughed. “Then I’d say you are a most notorious scoundrel and breaker of women’s hearts and I shouldn’t believe a word you tell me.”


James laughed at the spirited rejoinder.


She stood, placing one of her hands in his and giving it a squeeze.


“Thank you,” she smiled down at him.


He stood also, his eyes capturing hers. His hand returned the pressure before lifting her hand to his lips for a kiss that lasted a few moments longer than it needed to.


As always, thanks for stopping by.