Sorry I’ve been a bit slack when it comes to the blogging. I was lost in revisions and then got carried away with a new story.


Anyway, here’s another Bewitching Blurbs. As always it includes a selection from all romance sub genres and heat levels. 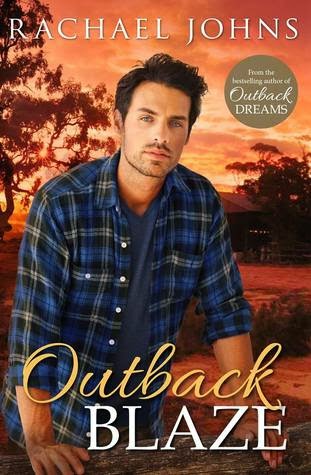 Outback Blaze
By Rachael Johns
Ruby wasn't looking for love, Drew wasn't looking to stay...until they found each other. Can their fling survive the darkness of Ruby's past and Drew's desire to move on?

Ruby Jones was always an optimist, but the trauma of her past had made her wary. So when she flees to the small rural community of Bunyip Bay to start afresh, she has her sights firmly set on establishing her horse-riding business and rebuilding her life. The last thing Ruby wants is a romance. In fact, after all she has been through, she can't imagine she will ever believe in love again.

Police officer Drew Noble has no intention of staying in Bunyip Bay — he is just an outsider seeking temporary refuge. But as the charm of the town sways him, Drew finds himself increasingly drawn to the community and its inhabitants, as well as another newcomer, the lovely Ruby Jones.

When Drew investigates a suspicious fire at Ruby's parents' business, he finds himself feeling strangely protective of the girl with the flowers in her hair. As the details of Ruby's past emerge and she comes once more under threat, Drew realises he will do all in his power to save her.

Soon these outsiders discover they have both lost their hearts — not only to the town but to each other.
http://www.amazon.com/Outback-Blaze-Rachael-Johns-ebook/dp/B00IEN66C6/ref=sr_1_1?s=digital-text&ie=UTF8&qid=1399374074&sr=1-1&keywords=outback+blaze

Posted by Nicole Hurley-Moore at 9:45 pm