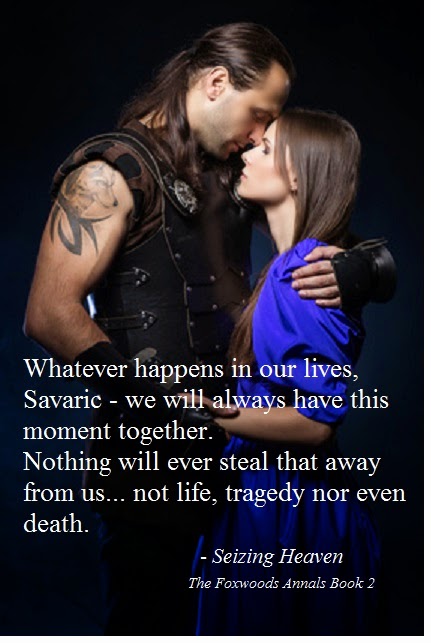 
Well, I have some fab news!


Seizing Heaven which is book 2 in the Foxwoods Annals (the first was Capturing Bliss) will be released this July!!! Yay!!!


The story takes place just over a hundred years after William and Blissot. It deals with the new Lord Reynard, Savaric.


He is intent on marrying the widow of Blackstone Manor, that is, until fate and the Reynard betrothal ring get in the way. On his way to meet the widow, Savaric is waylaid by Rosamund, an artist and a traveller. You can run from Fate, but somehow it always seems to catch you in the end. This is a lesson that Savaric should have taken to heart.


I liked the thought of visiting a family through pinpoints in its history. To explore the traits, beliefs and traditions that can bind a family together and help it endure.


So, does the Reynard betrothal ring really have the power to choose the true bride? Or is it just a quaint family legend?

Here’s the blurb of Capturing Bliss

In 12th-century England, love isn't part of the marriage equation. But Lady Blissot de Woodville adores her younger sister too much to see her suffer such a fate. Instead, Bliss recklessly switches places with her sister—and marries a total stranger under false pretenses!
Fortunately, she soon discovers she shares a rare passion and genuine love with her new husband, the ardent Lord William Reynard. Yet the happier Bliss becomes, the more her secret weighs heavily on her heart...because the desperate lie could destroy everything she's come to cherish.
http://www.amazon.com/Capturing-Bliss-Nicole-Hurley-Moore-ebook/dp/B0078V5DYC/ref=sr_1_1?ie=UTF8&qid=1401246591&sr=8-1&keywords=capturing+Bliss
Thanks for stopping by. 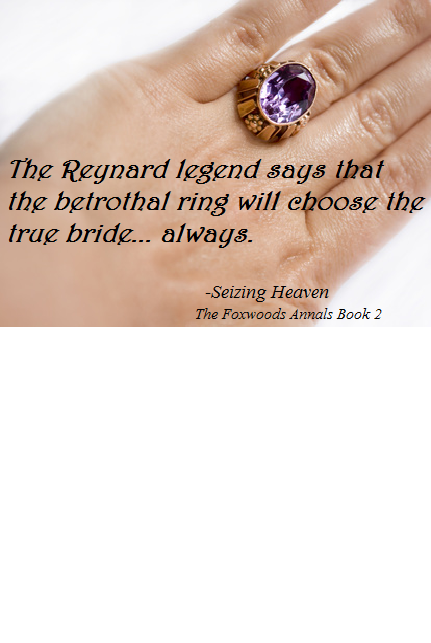 Posted by Nicole Hurley-Moore at 1:22 pm