Welcome to another Bewitching Blurbs.

Today we have Cassandra Samuels’ debut novel, A Scandalous Wager. It will be released next month but it’s up on pre order at the moment, so you can grab a bargain (.94 cents). And yes, I just secured my copy. 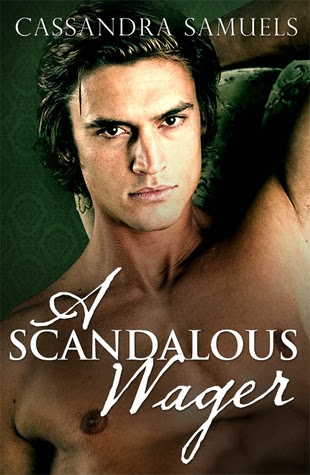 A Scandalous Wager
By Cassandra Samuels

As the Black Raven, she’s cold, distant and alone…untouched by the gossip and scorn of her aristocratic peers. Until he enters her house — and her life — then suddenly her icy shell is no match for the heat of attraction...

Notorious Widow Lisbeth Carslake, Countess of Blackhurst was acquitted of her husband’s murder, but no one believes in her innocence. Known as the Black Raven, bringer of bad luck and death, she is eviscerated by the gossips and mocked in the clubs.

She’s also the subject of London’s most scandalous wager.

Oliver Whitely, Earl of Bellamy, needs money, but it takes more than a few drinks to take on The Black Raven Wager. He finds himself drunk, at her house, and—more surprisingly—agreeing to a business proposal at the end of a fire poker.

She will let him win the wager, and he will help find her husband’s killer before the killer finds her. But business agreements don’t mean trust, and Lisbeth certainly doesn’t trust Oliver, her body’s reaction to him, or her heart.

Love may be the biggest gamble of their lives, but is it a wager their hearts can afford to lose?

Another fabulous historical romance is Téa Cooper’s Jazz Baby. This one is set in Sydney in the 1920’s. It’s another pre order but I think it will be released next week. 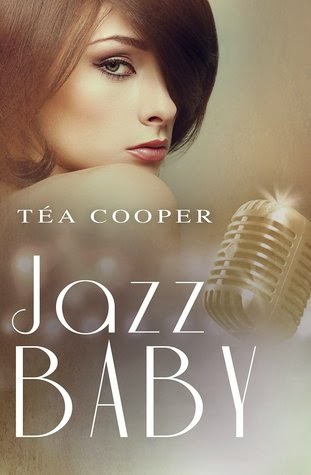 
In the gritty underbelly of 1920s Sydney, a fresh-faced country girl is about to arrive in the big, dark city – and risk everything in the pursuit of her dreams.


Sydney is no place for the fainthearted – five shillings for a twist of snow, a woman for not much more, and a bullet if you look sideways at the wrong person.


Dolly Bowman is ready and willing to take on all the brash, bustling city has to offer. After all it is the 1920s, a time for a girl to become a woman and fulfil her dreams. Turning her back on her childhood, she takes up a position working as a housemaid while she searches for her future.


World War I flying ace Jack Dalton knows he’s luckier than most. He’s survived the war with barely a scratch, a couple of astute business decisions have paid off, and he’s set for the high life.


But a glimpse of a girl that he had forgotten, from a place he’s tried to escape suddenly sets all his plans awry. Try as he might he can’t shake the past, and money isn’t enough to pay the debts he’s incurred. 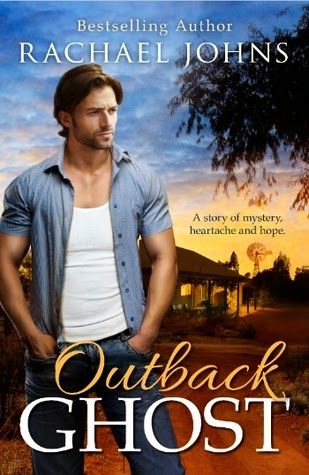 
Stella only wanted a holiday… the last thing she expected was a love interest and a possible ghost.

Third-generation farmer Adam Burton has always tried to keep his family together, but twenty years after his little sister went missing from the family farm he’s losing hope. His dad has walked out, his mum is as reclusive as ever and he still blames himself for his sister’s disappearance.

When Stella Reynolds and her young daughter arrive from the big smoke to stay at the holiday cottage on their farm for the summer, Adam is immediately attracted to the beautiful single mum. Although he’s always steered clear of children and doesn’t believe he deserves love or a family of his own, he finds himself spending time with Stella and her young daughter, Heidi, and enjoying it.

As the twenty-year old mystery begins to unravel, Stella wonders if she should take her daughter and run. But doing so is easier said than done, because Stella just might be falling in love with Bunyip Bay and a gorgeous, but hurting, farmer.

Posted by Nicole Hurley-Moore at 6:01 pm