Added to a Regency Christmas, some heartfelt contemporaries, a little medieval mayhem and a few gods and goddesses; there are also some pre orders and freebies.


So check out this week’s offering and I’m sure you’ll find something to tickle your fancy. J 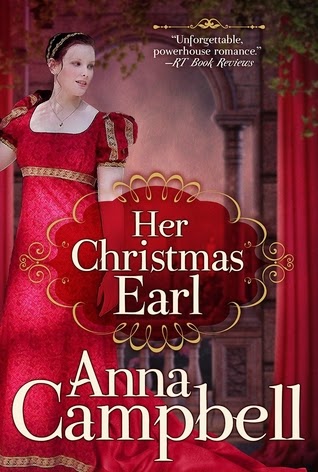 To save her hen-witted sister from scandal, Philippa Sanders ventures into a rake’s bedroom—and into his power. Now her reputation hangs by a thread and only a hurried marriage can rescue her. Is the Earl of Erskine the heartless libertine the world believes? Or will Philippa discover unexpected honor in a man notorious for his wild ways?

Blair Hume, the dissolute Earl of Erskine, has had his eye on the intriguing Miss Sanders since he arrived at this deadly dull house party. Now a reckless act delivers this beguiling woman into his hands as a delightful Christmas gift. Is fate offering him a fleeting Yuletide diversion? Or will this Christmas Eve encounter spark a passion that lasts a lifetime?
http://www.amazon.com/Her-Christmas-Earl-Regency-Novella-ebook/dp/B00OQY2X06/ref=pd_sim_kstore_1?ie=UTF8&refRID=0YF3XP75ZYZ38A86SRPP 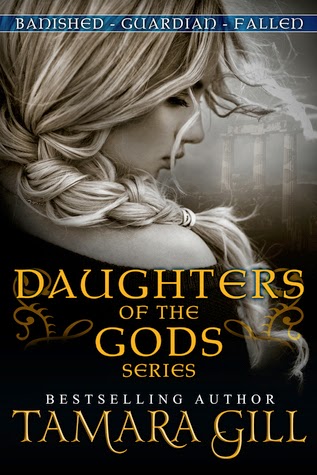 Daughters of the Gods

Chloe, beautiful and privileged daughter of a powerful god, literally has the world at her feet. Until she falls in love with a Scottish druid. Her enraged father sentences her to an endless cycle of birth and death; each life spent yearning for a man she no longer knows or remembers.

Scottish druid, Cian McKay searches the world for his long lost love, only to have her appear at the local pub in his highland hometown. Cian must win Chloe's heart again but without the ability to tell her who she is.

Back in the place where she first loved Cian and fell from grace, Chloe’s memory haunts her with images that could not possibly be true. She must find the truth and the only way is a confrontation with the Deity who banished her a thousand years before – her father, Zeus.


~GUARDIAN~
Can love conquer hate, revenge and even family duty?
Caitlin, daughter of the most powerful god Zeus, has one mission. Hunt down the Titan who betrayed her father and kill him. But what if your target is more human than deity, more wickedly attractive and sexy than anyone you’d ever met?

But Zeus is a god who does not forgive and Caitlin swore to obey the decree of Olympus.
Can she complete the quest asked of her? Or will a Titan, a sworn enemy, show this goddess that true love really can conquer all...


~FALLEN~
Sara Daniels needs to change her life, so she sets out to run her late grandmother's farm. With no man at her side, and deserted by friends who can't abide her obsession with mythology, it's the perfect time to escape.

Hermes, favoured son of Zeus, has been framed by his hateful stepmother, Hera. Fleeing Olympus with his life, he finds himself in an abandoned farmhouse in the middle of nowhere. It's the ideal place to hide from Zeus that is until the owner– a woman with long, flaming red hair and the darkest blue eyes he's ever seen – decides to move in.

Sara's family has divine secrets that even she's not privy to. Hermes' secrets, however, have the power to shatter their lives. And with a god as your farmhand, it's only a matter of time before those secrets are revealed in all their destructive glory. But the wild attraction that blazes between these two souls will not be denied...even if the outcome threatens to doom them both. 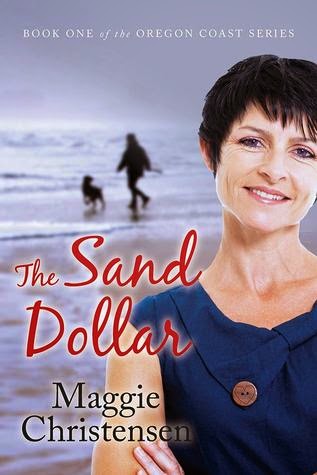 
What if you discover everything you believed to be true about yourself has been a lie?

Stunned by news of an impending redundancy, and impelled by the magic of a long-forgotten sand dollar, widow Jenny Sullivan retreats to her godmother in Oregon to consider her future.

What she doesn’t bargain for is to uncover the secret of her adoption at birth and her Native American heritage. This revelation sees her embark on a journey of self-discovery such as she’d never envisaged.

Moving between Australia’s Sunshine Coast and the Oregon Coast, The Sand Dollar is a story of new beginnings, of a woman whose life is suddenly turned upside down, and the reclusive man who helps her solve the puzzle of her past. 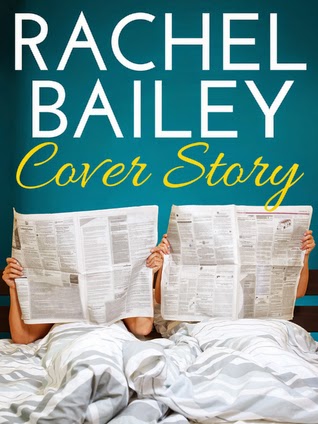 
Tobi Fletcher's career is going places. Just ask her. Any day now, she's going to write the story for her Sante Fe newspaper that will Make A Difference. Of course, Pulitzer prizes and the like will soon follow.

Unfortunately, her editor doesn't have the same vision. His vision has her investigating a series of gnomicides. Yes, gnomicides—the wanton murder of garden gnomes.

It's a nightmare for Tobi. She's spent her life working towards a career she can be proud of—and proving she's nothing like her mother. She's intelligent, independent and so uptight she can't even let go to sneeze properly—and, unlike her colleagues, she certainly can't appreciate the funny side of the situation. She wants to work on the big story—a cover-up in a Senator's office.

Reluctantly, she interviews Simon, the man who reported the 'incident' to the newspaper—clearly a lunatic—his four-year old daughter, and the other residents of the street. Each has their own theory about the murderer, ranging from the slightly possible to the ludicrous and Tobi, unfortunately affected by her pollen allergy and having to repress sneezes regularly, writes the story.

Her editor loves it and demands more; interstate papers pick it up and reader feedback is overwhelming. Apparently, she's not going anywhere just yet—and, dammit, that means facing her pesky attraction to Simon. Along the way, Tobi discovers there are many truths and secrets to be uncovered—other people's as well as her own. The question is, will the truth really set her free? By Mary Morgan
To right a wrong, two souls are brought together only to shatter when they are torn apart by the deeds of an evil druid.

Dragon Knight, Stephen MacKay’s powers are altered after the death of his sister. Now he is plagued with visions that threaten to destroy his soul. When Aileen Kerrigan falls through a time tunnel, he vows to keep her safe, despite the fact the beautiful but head-strong half-blooded fae could be the death of him.

When Aileen finds out her dad is a Fenian Warrior, she flees to a nearby ruin. Armed with the medallion her mother gave her, and a matching one belonging to a long dead knight, she is flung into the past and finds a handsome but surly warrior who is on a quest. Now it seems her future could be entwined with his, if she doesn’t kill him first.
http://www.amazon.com/Dragon-Knights-Medallion-Order-Book-ebook/dp/B00P81C0EA/ref=sr_1_1?s=books&ie=UTF8&qid=1415142934&sr=1-1&keywords=dragon+knight%27s+medallion


Posted by Nicole Hurley-Moore at 2:01 pm