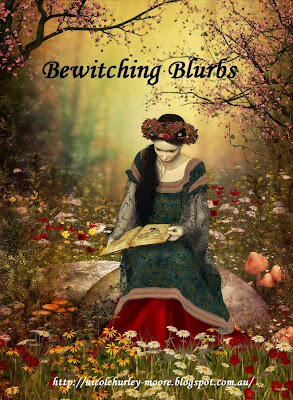 
It’s time for another instalment of Bewitching Blurbs. This week we have a couple of historicals, a spicy contemporary and a little ro-magic (romance with a dash of magic). Hope you all enjoy this week’s offerings.


If you have a new release, feel free to add it (title, author, buy link & blurb) to the comments area.


Want your romance with an ancient twist? Then Dancer of the Nile may be for you. I’ve just finished Ms Scott’s Warrior of the Nile and I can’t wait to read this one. 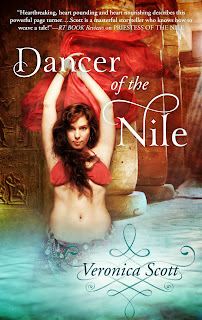 Dancer of the Nile
By Veronica Scott

Nima’s beauty and skill as a dancer leads an infatuated enemy to kidnap her after destroying an Egyptian border town. However, she’s not the only hostage in the enemy camp: Kamin, an Egyptian soldier on a secret mission for Pharaoh, has been taken as well. Working together to escape, the two of them embark on a desperate quest across the desert to carry word of the enemy’s invasion plans to Pharaoh’s people.

As they flee for their lives, these two strangers thrown together by misfortune have to trust in each other to survive. Nima suspects Kamin is more than the simple soldier he seems, but she finds it hard to resist the effect he has on her heart. Kamin has a duty to his Pharaoh to see his mission completed, but this clever and courageous dancer is claiming more of his loyalty and love by the moment. Kamin starts to worry, if it comes to a choice between saving Egypt or saving Nima’s life…what will he do?

Aided by the Egyptian god Horus and the Snake Goddess Renenutet, beset by the enemy’s black magic, can Nima and Kamin evade the enemy and reach the safety of the Nile in time to foil the planned attack?

Can there ever be a happy future together for the humble dancer and the brave Egyptian soldier who is so much more than he seems?


For those who like their reading matter sizzling hot, why not try Eden Summer’s Passionate Addiction. 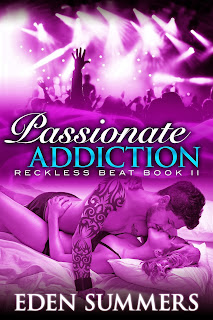 He’s been her ultimate untouchable desire.

Nothing says happy birthday like a rock god flying thousands of miles to surprise a woman he's never met. But that's exactly what happens to Gabi Smith when she gives her long distance best friend a flippant invitation to her laid back girl’s night out. She never expected to turn on the dance floor and find Blake Kennedy’s gaze holding her body captive.

She’s his everything and he’s never laid eyes on her.

Gabi means more to Blake than life itself. She’s his strength, his savior, and the only person who helped to vanquish his demons. No one means more to him than his angel. So when things between them start to sizzle, he's ready to fight for the future he never thought he would deserve.

Skeletons from his past will threaten his only chance at love...

Blake has come a long way—with Gabi's help—to leave the hell of his youth behind him, but sometimes memories don’t want to stay buried. Determined to stand on his own for once, Blake is willing to stretch the truth to keep his troubles from burdening the woman he adores.

Little white lies can create black holes in any relationship. Only time will tell if an Aussie with a heart of gold will forgive her bad-boy boyfriend or if the deceit will end his passionate addiction.


Need a little magic in your life? Then maybe you should try Juliet Madison’s Starstruck in Seattle. 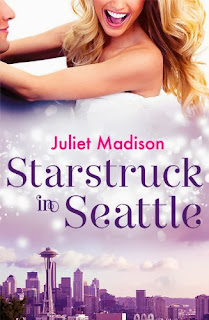 A sparkling story from the Queen of Ro-magic comedy!

Aspiring actress Anna Hilford might only have a small role in a leading television drama, but she longs to be dreamboat Karl Drake’s leading lady. Sick of being loveless and overlooked, Anna seeks the help of intuitive love coach, Lulu, from LuluTheLoveAngel.com to give her the courage and determination to follow her destiny.

But fate has different ideas, Lulu has undisclosed power, and Anna is about to realise that life happens while you’re busy making plans...

Okay, so this isn’t a new release but Misrule’s Mistress is my Christmas novella. I thought I would include it for those of you who like a touch of the medieval in your Christmas... and because I’m goddess of my own blog. *wink* 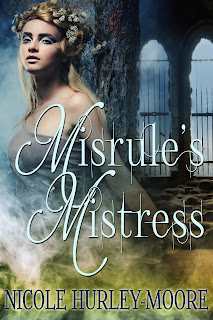 By Nicole Hurley-Moore
Lord Barric Cranley wants Lady Ellette for his wife but she has already refused once. He knows that Ellette loves him… it’s just she hasn’t realized it yet. With a little help, cunning and the Feast of Misrule, Barric plans to capture his bride and make it a Christmas she’ll never forget.
http://goo.gl/L1YJQC
As always, thanks for stopping by.
Nicóle xx
Show more
www.nicolehurley-moore.com
Show less
Show more
Show less

Posted by Nicole Hurley-Moore at 9:40 am