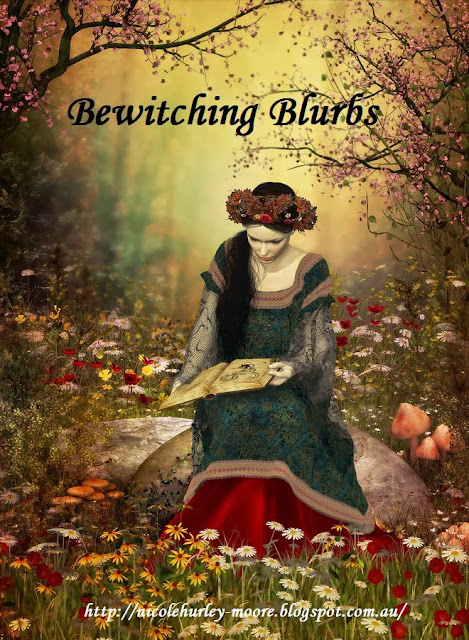 Hi everyone; so it’s Tuesday which means it’s time for another Bewitching Blurb post.


I have an interesting mix of titles this week.


I’ll post some new releases in the main body of the post but then feel free to add your November release in the comment area. I don’t mind if it’s historical, paranormal or sweet but it has to be a romance.


Some of the bewitching titles this week include offerings from the fabulous Anna Campbell and the ever sultry Em Petrova. So whether it’s a Regency Christmas, a contemporary tale, shifters in Vegas or love on the high seas, I’m sure you’ll find something to tempt you.


Thanks for dropping by and enjoy the bewitching blurbs J

Down through the years, enchantment touches a tall gray house in Grosvenor Square. The legend of Lady Winterson’s Christmas ball promises true love and happiness to one lucky couple. Who will feel the magic this winter?

1803 - The Seduction of a Duchess by Shana Galen

Rowena Harcourt, the Duchess of Valère, never forgot the handsome footman who helped her escape the French Revolution. For fourteen years, Gabriel Lamarque has loved Rowena—now at Lady Winterson’s Christmas ball, has fate finally delivered a chance to win her hand?

1818 - One Kiss for Christmas by Vanessa Kelly

Nigel Dash is London’s most reliable gentleman, a reputation he never minded until he fell in love with beautiful Amelia Easton. Unfortunately, Amelia sees Nigel as a dependable friend, not a dashing suitor. At Lady Winterson’s famous Christmas ball, Nigel vows to change Amelia’s mind—by sweeping her off her feet.

1825 - His Christmas Cinderella by Anna Campbell

At the season’s most glittering ball, a girl who has never dared to dream of forever after discovers a Christmas miracle.

Susannah Westforth has always loved Sebastian Beckett – but he’s only ever seen her as a friend. When Sebastian takes his Grand Tour, Susannah transforms herself into a woman he’ll notice. Now Sebastian is back, just in time for Lady Winterson's Christmas ball – but the last thing he expects to see is his little Susie, all grown up...

Brute of the Sea
By Em Petrova
Desperate to free her father from the Tower and certain death, Corliss Lofton has only one choice—to find the true thief her father will take the fall for. To do this, she needs the best tracker on the sea, which happens to be a rogue pirate by the name of Robert Darby. In exchange for his services he demands a very steep payment—her body. But falling into the handsome stranger’s arms may be easier than she first believes.
Robert Darby is pleased to find a curvaceous vixen aboard the Dreamspire. When she asks for his aid, he can’t help but take advantage of his desire for more... and more and more. The pleasures he and Corliss exchange drive him to give her every last satisfaction, including the joys of the heart. But finding the thief to clear her father’s name means Robert will give her up before he’s willing. Can he convince her to reveal her true feelings before it’s too late?
http://www.amazon.com/Brute-Sea-Pirates-Series-Petrova-ebook/dp/B00GA3IYO0/ref=sr_1_2?ie=UTF8&qid=1383098568&sr=8-2&keywords=brute+of+the+sea
http://empetrova.com

Once
By M.S. Kaye
Her first and also her Once.
Jonathan is studying to become a priest. He is three days from taking vows. He will not be a priest.
Rebecca’s major is pre-law. She is supposed to take over her father’s law firm. She will not be lawyer.
Their paths cross at exactly the right moment, when each most needs to hear what the other has to say. Jonathan’s structured life is turned sideways, but Rebecca also helps him learn how to forgive himself. It was self-defense, not murder. Rebecca finds the strength to stand up to her father, to be the real her. If Jonathan likes her writing, it must be worth pursuing.
They must each struggle to forge a new path without each other’s comfort and strength, with only memories of the one day that changed everything.
Buy link: http://jupitergardenspress.com/shop/once/
http://booksbymsk.com/?page_id=243

Dancing on Air
By Nicole Hurley-Moore
Dancing on Air
Cinderella meets Swan Lake in a cross-class, Victorian novel about a ballerina, an aristocrat, and the space in between them.
Lisette yearns for freedom, security and love, but none are offered on the run-down stage of The Imperial Theatre. Instead she has hard work, a tyrannical aunt, and the hope of one day becoming a prima ballerina. Dancing on the stage she catches the attention of two powerful men: Lord Gainswith and Lord De Vale.

Posted by Nicole Hurley-Moore at 12:39 am