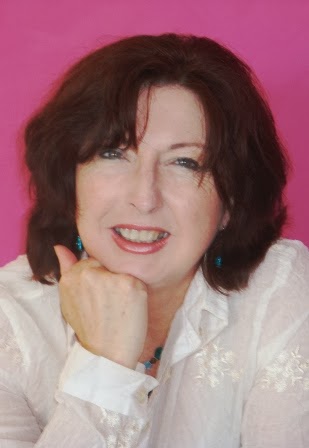 
Today we have the lovely S.E. Gilchrist dropping by to share with us her brand new release – Star Pirate’s Justice.
There's also a fab giveaway with a $25.00 Amazon Gift Voucher plus an ebook of Legend Beyond the Stars and Star Pirate's Justice up for grabs!


What type of romance do you write?


What inspired you to write this story?


Star Pirate’s Justice is a continuation of the story of the Darkon race, their struggle for survival and a bunch of Earth women who give hope to their lives. The heroine, Carly, played a very minor role in Legend Beyond the Stars and her character resonated so much with me I knew she had to have her own story. I wanted this continuation to be not just about the Darkons though but also about obtaining a way back to Earth for those women who wanted to return home.


The plot as in either an idea or an event or situation, then come the characters and after that the outline of the story.


I’m currently working on the third single title in this series, When Stars Collide.


Titles are very important to me, I like to have them cemented in my mind from the early onset of the story. I need them to portray either the genre or the setting or a hint about what the book will contain.


What advice would you give an aspiring author?


Keep writing, keep learning, join a writers group or start one up and keep striving to achieve your dream.
What makes the perfect hero?
A man who can admit his mistakes, can learn from his errors, who is protective and caring and who can laugh at himself. And I must add, can ask for directions.
STAR PIRATE’S JUSTICE: 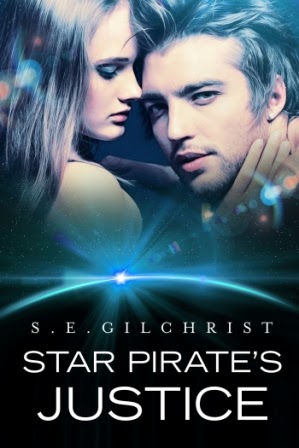 Carly has one focus in her life: to return home to her terminally ill younger sister. When she learns that a Darkon traitor possesses gateway maps to Earth, she uses all her skills to track him down. But capturing the charming star pirate turns out to be trickier than she anticipated…

Volkar is determined to prove his innocence to those who drove him to a life lived on the Outer Rim, and he will overcome anyone who gets in his way. But his surprisingly sweet captor has some skills that will come in handy, so he strikes a deal: the maps for her help. Neither expect their partnership to turn into more, but as dark secrets are revealed, their lives become forfeit — and the relationship blossoming between them nothing but a starburst of happiness in the deep shadow of the sky…
Amazon || Amazon Australia || Amazon UK ||  iBooks || Barnes and Noble || Kobo || Goodreads
EXCERPT OF STAR PIRATE’S JUSTICE COPYRIGHT 2014 S. E. GILCHRIST
Smoke now billowed out like storm clouds and rose up to obscure their vision. Carly squinted through streaming eyes and raised her arm to press her sleeve over her mouth. Her gaze settled on the display and she muffled her scream with her arm. She exhaled loudly, hugged her body tight and yelled, “Pulsar burst, incoming directly to us.”
“Hold on,” said Volkar. He closed his eyes, gripped both armrests, rigid chin aimed towards the stars, jammed his body into the captain’s chair, the muscles in his thighs bunching beneath the material of his pants. The air surrounding him vibrated an orange-yellow glow like an electrical energy surge.
Beneath Carly’s feet, the flyer shook as if in the throes of disintegration. The stuttering whine of the engine changed tune, deepened, purred into a steady rhythm and the flyer rocketed forward. Carly, coughing and spluttering, feeling the burn in her lungs as they struggled for oxygen, snapped her gaze to the forward viewing screen. She felt the pull and flex of her body as they hurtled towards the vortex.
Warning alarms split the air.
‘Pulsar strike, imminent,’ flashed in red lettering directly in front of her eyes while the screen filled with the wide, rippling black void of the vortex entrance.
It was so hard to breathe. So hard to see the schematics through the swirling smoke. The flyer shook from bow to stern. The rattling of metal and plastic barely heard over the pumping of her heart.
Is this it? Am I about to die?
Her chest ached as if a vice had her in its punishing grip. Unable to move, she sat petrified in the nav chair. The screens revealed flames rolling over the hull of the ship. Sparks zapped and the lights failed as the flyer flipped over and over and plummeted into the vortex.

Thanks so much for stopping by.
Nicóle  xx

a Rafflecopter giveaway
Posted by Nicole Hurley-Moore at 6:41 pm