As usual the stories are across different romance sub-genres and heat levels. 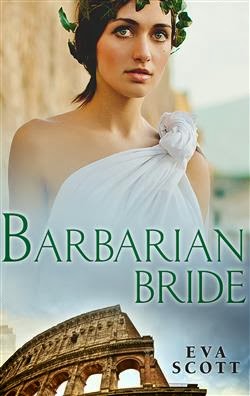 
Though Klara didn't love the man who was to be her husband, she didn't want him murdered, and she vows to track down the man who committed the crime. Sickened that she'd been attracted to the mysterious Roman, Klara tracks Lucius Aurelius to the fringes of the Roman Empire, only to find that they've both been trapped in a clever plot to overthrow Klara's father, the Chief of the Huns.


Klara is separated from Lucius, captured by slavers and sold to a gladiator school. She is the only one who can save herself, by fighting for her freedom. Lucius can ensure her battle is easier, but only by sacrificing himself. How much is he willing to give up for the fiery woman he's come to love? 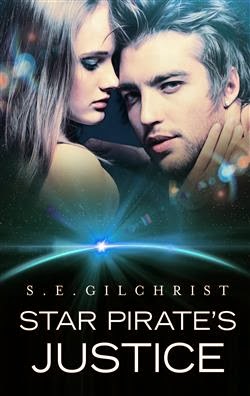 
Carly has one focus in her life: to return home to her terminally ill younger sister. When she learns that a Darkon traitor possesses gateway maps to Earth, she uses all her skills to track him down. But capturing the charming star pirate turns out to be trickier than she  anticipated…


Volkar is determined to prove his innocence to those who drove him to a life lived on the Outer Rim, and he will overcome anyone who gets in his way. But his surprisingly sweet captor has some skills that will come in handy, so he strikes a deal: the maps for her help. Neither expect their partnership to turn into more, but as dark secrets are revealed, their lives become forfeit — and the relationship blossoming between them nothing but a starburst of happiness in the deep shadow of the sky…

Deceive Me in Ireland
By Whitney K-E 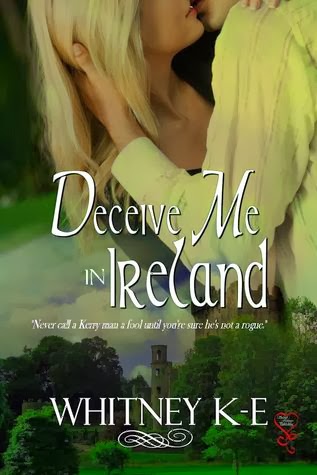 Her cousin, Kate had warned her about the Irish charm. And Cara had been foolish enough to ignore her. In Ireland to be Maid of Honor in Kate’s wedding, Cara hasn’t a clue that the handsome Irishman who is seated next to her is the infamous brother of her cousin’s fiancé. And William O’Reilly doesn’t plan on telling her. Not yet, anyway.

Silver-tongued and devilishly handsome, William had Cara wondering if he is the same man she met on the plane. Should she give him a chance or heed her cousin’s warning and keep him at a distance?

The same unique and quirky characters from What Happens in Ireland come together again to celebrate the wedding of Kate and Jack in the fresh and humorous sequel, Deceive Me in Ireland. Like Kate Barrow, her cousin Cara discovers that resisting the charms of an Irishman isn’t as easy as it seems. William O'Reilly is as silver-tongued as his brother, Jack and determined to make the woman realize his worth. And her own.
http://www.amazon.com/Deceive-Me-Ireland-Whitney-K-E-ebook/dp/B00I864XHE/ref=sr_1_1?ie=UTF8&qid=1391502369&sr=8-1&keywords=deceive+me+in+ireland 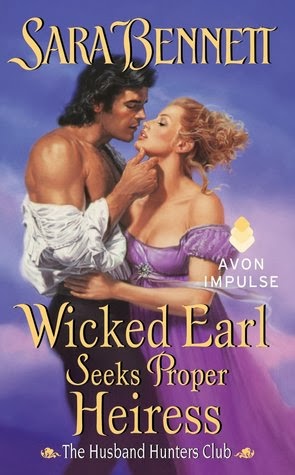 Too wicked for proper society and in dire financial straits, Rufus Blainey, the Earl of Southbrook, knows but one solution: to marry an heiress. So when innocent and beautiful Lady Averil Martindale waltzes into his life, Rufus can't imagine a more perfect scenario: woo her, win her, bankrupt her.

Averil has no intention of spending her life or her money alone. An orphan, she's determined to find her lost half sister and reclaim what little family she has left. When Rufus offers to help locate the elusive girl, Averil is grateful and more than a little intrigued by the handsome, dashing rogue.

Everything is going according to Rufus's plan. That is until, despite his best efforts, he begins to fall totally, madly, sincerely in love with Averil…but will she marry him once she learns the truth?
http://www.amazon.com/Wicked-Earl-Seeks-Proper-Heiress-ebook/dp/B00DB3D8WA/ref=sr_1_1?ie=UTF8&qid=1391502673&sr=8-1&keywords=wicked+earl+seeks+proper+heiress


Posted by Nicole Hurley-Moore at 7:56 pm