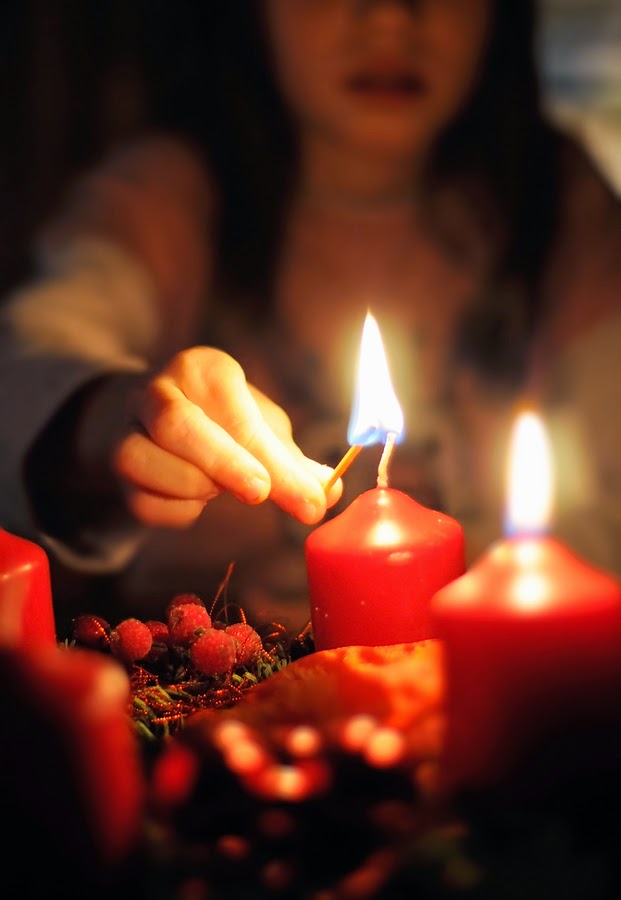 
I thought today I would post on the medieval Christmas. As the old carol goes Christmas was celebrated over twelve days - from Christmas Day to the 6 January, the Feast of the Epiphany. This period is also known as Christmastide.  The first recorded use of the word "Christmas" was in 1038 when a book from Saxon England used the words "Cristes Maesse" in it.


Pre-Christian, northern European celebrated the winter solstice with a celebration of fire to chase away the dark days, protect from the thinning veil between the worlds and spark the renewal of life and the coming spring. As Christianity spread this winter festival was swallowed and incorporated into the Christmas festivities.


Medieval homes were decorated with evergreens, this was one of the customs left over from pagan time. Evergreens have been valued for their ability to retain signs of life in the middle of winter - even in some instances producing berries and flowers. This idea fitted in with the Christian view of everlasting life. Churches and houses were decorated with ivy, mistletoe, holly, or anything green, which remained up until the eve of Candlemas (Feb 2). 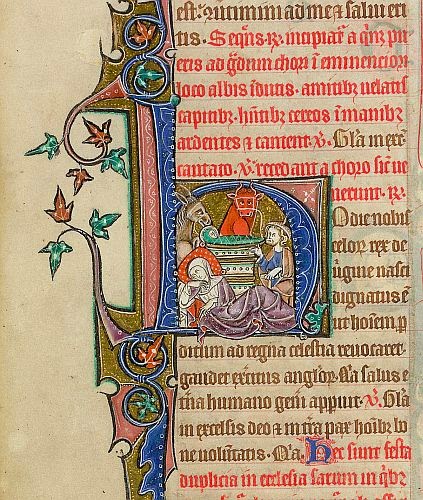 Also important in the celebration of Christmas was the banquet, which necessarily varied in sumptuousness with the resources of the celebrants. The menu varied with soups and stews, birds and fish, breads and puddings, but a common element was the Yule boar, an animal for those who could afford it or a pie shaped like a boar for more humble tables. Desserts included gingerbread, sweet plum pudding and king’s cakes, which were sweet cakes fashioned in the shape of a crown to symbolize the tree kings who brought gift to Christ’s birth.


The gift-giving of the season was represented by the New Year Gift, which continued a tradition of Roman origin.


In Medieval England there were, in fact, three Masses celebrated on Christmas Day. The first and most characteristic was at midnight (the Angel's Mass), catching up the notion that the light of salvation appeared at the darkest moment of the darkest date in the very depth of winter. The second Christmas Mass came at dawn (the Shepherd's Mass), and the third during the day (the Mass of the Divine Word).


Wassail comes from the Old English words waes hael, which means "be well," "be hale," or "good health." A strong, hot drink (usually a mixture of ale, honey, and spices) would be put in a large bowl, and the host would lift it and greet his companions with "waes hael," to which they would reply "drinc hael," which meant "drink and be well."


In England religious plays and mumming were another form of popular Christmas entertainment; as well as minstrels and jugglers.


Another example of pagan traditions mixing with Christian ones was the tradition of the Lord of Misrule. This was someone appointed at Christmas to be in charge of Christmas revelries, which often included drunkenness and wild parties in the tradition of Yule. This tradition seems to come from ancient Rome, from the feast of Saturnalia. During this time, the ordinary rules of life were turned upside down. Masters served their slaves, and offices of state were held by peasants. The Lord of Misrule presided over all of this and had the power to command anyone to do anything.

In the church, on January 1st's Feast of Fools, similar strangeness occurred. Priests wore masks at mass, sang lewd songs and ate sausages before the altar. It was a time of such wildness that lords often employed special guards to protect their property in case of rioting. Tenants of a manor belonging to London's St Paul's Cathedral were obliged to keep watch over the manor house, and were paid with a fire, a loaf of bread, a cooked dish and a gallon of ale.

December 28th is "Holy Innocents Day" or "Childermass Day". This is the day when King Herod ordered that all children under two years of age be killed.  In Medieval England, children were reminded of Herod’s cruelty by being beaten. Which in my opinion would kind of take the sparkle off the whole celebration!

I thought that I would leave you with an Anglo-Norman carol. It’s from Ancient English Christmas Carols – 1400-1700 by Edith Rickert.

Lordings, Listen To Our Lay

Lordings, listen to our lay --
We have come from far away
To seek Christmas;
In this mansion we are told
He his yearly feast doth hold;
'Tis t-day!
May joy come from God above,
To all those who Christmas love.

Lordings, I now tell you true,
Christmas bringeth unto you
Only mirth;
His house he fills with many a dish
Of bread and meat and also fish,
To grace the day.
May joy come from God above,
To all those who Christmas love.

Lordings, through our army's band
They say -- who spends with open hand
Free and fast,
And oft regals his many friends --
God gives him double what he spends
To grace the day.
May joy come from God above,
To all those who Christmas love.

Lordings, wicked men eschew,
In them never shall you view
Aught that's good;
Cowards are the rable rout,
Kick and beat the grumblers out,
To grace the day.
May joy come from God above,
To all those who Christmas love.

To English ale and Gascon wine,
And French, doth Christmas much incline --
And Anjou's, too;
He makes his neighbour freely drink
So that in sleep his head doth sink
Often by day.
May joy come from God above,
To all those who Christmas love.

Lords, by Christmas and the host
Of this mansion hear my toast --
Drink it well --
Each must drain his cup of wine,
And I the first will toss off mine:
Thus I advise.
Here then I bid you all Wassail,
Cursed be he who will not say, Drinkhail.
May joy come from God above,
To all those who Christmas love. 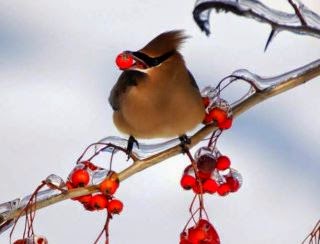 Wishing you all the very best of the season.


Posted by Nicole Hurley-Moore at 3:27 pm